Pia Zadora, the popular actress and singer, was arrested last night for an physical altercation involving her son, which began because he wouldn’t go to bed, reports TMZ.

1. Zadora Is Accused of Choking Her Son Out

As her son, Jordan, stood outside speaking with his stepbrother, Zadora reportedly grew increasingly angry at how late it was getting. She ordered them both to come inside the house, according to TMZ, by spraying them with a hose. When Jordan’s stepbrother tried to calm her down she allegedly attacked him by punching and scratching him in the face. When Jordan reacted by calling the police, Zadora allegedly attacked him as well, choking him while trying to take away the phone. The police arrived at their house, but when she refused to open the door, SWAT surrounded the house until Zadora and her son eventually emerged, at which point the police took her into custody.

2. Her Son Has a “Developmental Disorder”

During a civil case in which Zadora was being sued by her former husband and Jordan’s father, Jonathan Kaufer, after she accused him of molesting Jordan in 2008, it was revealed that Jordan suffers from “…multiple developmental and psychological problems.”

Zadora won that case but never pursued criminal charges against her husband. She also alleged during the trial that her then 14-year-old daughter was sent a picture of Tobey Maguire’s genitals by Kaufer.

3. Zadora Has Been Married Three Times

Her first marriage was to Meshulam Riklis, an Israeli businessman, from 1977 to 1993; her second marriage was to Jonathan Kaufer, a director/screenwriter from 1995 to 2001; and Zadora married her current husband, Michael Jefferies, in 2005. 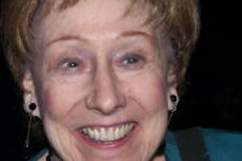 4. Zadora Was a Child Star on Broadway

Most famously she had a two year run in the Broadway production of Fiddler on the Roof which began in 1962 when she was 10 years old.

As she grew older, Zadora moved into movies with famous roles in Santa Claus Conquers the Martians, Butterfly, Hairspray, Naked Gun 33 and a 1/3, and Voyage of the Rock Aliens.

5. Her Singing Career Has Been a Critical Success

Zadora became a Grammy-nominated singer after she pulled away from acting. She garnered much more critical acclaim as a singer, particularly in Europe. Her most famous hits include her cover of Shirley Ellis’ “The Clapping Song” and had a duet with Jermaine Jackson called “When the Rain begins to Fall.”

Read More
Celebrities, Crime, Pia Zadora
wpDiscuz
2
0
Would love your thoughts, please comment.x
()
x
| Reply
Actress Pia Zadora was arrested on suspicion of choking out her own son. The domestic dispute occurred because her son, Jordan, wouldn't go to bed.