After only 18 days of serving as prime minister of Palestine, Rami Hamdallah has reportedly turned in his resignation to President Mahmud Abbas, according to Al Arabiya.

Hamdallah was appointed to the position on June 2 of this year after his, predecessor Salam Fayyad, resigned citing an inability to work with President Mahmoud Abbas.

Hamdallah was an unusual choice to begin with. An British-trained academic and a professor of linguistics, he was not very involved in Palestinian politics until his term as prime minister began. 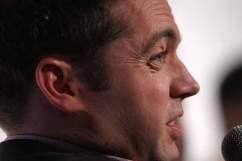 Loading more stories
wpDiscuz
0
0
Would love your thoughts, please comment.x
()
x
| Reply
Rami Hamdallah, a Academic trained in England in Linguistics, served only 18 days as Prime Minister before resigning. He is the second PM to resign this year.