Steve Gleason has gone from blocking punts in the NFL to typing with his eyes, but this inspirational 36-year-old will never give up.

He’s been in the news lately for his resilience in the face of both crippling disease — and shameful mockery.

Gleason has a loving family and a new charity organization, and he’s one of the greatest role models ever to come out of professional sports.

Here’s what you need to know about this American hero.

1. He Played for the Saints

Gleason played safety for the New Orleans Saints from 2000 until 2006, logging 83 games with the team. The safety had 65 career tackles.

In 2011, Gleason revealed that he had been battling Amyotrophic Lateral Sclerosis (ALS) also known as Lou Gehrig’s Disease. The disease has left Gleason in a wheel chair, unable to utilize his muscles. In a piece for Sports Illustrated Gleason explained his own illness:

It’s a terminal disease with an average lifespan of two to five years post-diagnosis, and scientists don’t know what causes it. ALS prevents your brain from talking to your muscles. As a result, muscles die. As a result, every 90 minutes people die. I am a person.
ALS does not affect cognitive process. Stephen Hawking, one of smartest people on the planet, has ALS. It rarely affects the eyes. It doesn’t affect senses like hearing, taste and touch. I cannot move them, but I can feel, and very much enjoy when you take my hands in yours. No, you do not have to yell, or use one syllable words. I can hear you, and I have above average intelligence. Still.

3. He Types and Speaks With His Eyes

In the video of the speech above, you can see how Gleason utilizes technology to uses his eyes to speak in real time. He does not just speak, he is also a surprisingly eloquent writer and prolific on Twitter. In the SI piece he wrote:

I tweeted that earlier in the year. I type with my eyes. Not only that, I navigate my computer, create and play music, keep a calendar, conference call, lead web X meetings, text and, obviously, tweet with my eyes.

"This vision will affect the whole world – someday everyone will navigate the web w their eyes. You saw it here first" – Steve Gleason

4. He Founded a Charity Organization For People With ALS

Team Gleason or the Gleason Initiative Foundation is a charitable institution that attempts to:

In the last few years Gleason and his family have become outspoken advocates for ALS research and the proliferation of technology such as the kind Gleason uses that will enable people with the disease to communicate more clearly.

5. He Made a Legendary Block

In what is called one of the most dramatic moments in Saints, or even NFL history, Steve Gleason blocked a punt during the first game the Saints played in the Superdome after Hurricane Katrina. The block resulted in a touchdown that led to the Saints winning the game versus the Atlanta Falcons. In the video above, the block happens at :54.

6. Gleason Serves as a Symbol of Hope For New Orleans

This statue, entitled “Rebirth,” was placed outside of the Superdome in mid-2012 as a representation of the city’s comeback after the devastation of Hurricane Katrina. The statue depicts Steve Gleason’s legendary block just as he is intercepting the ball coming from the kickers feet.

7. He played in the Short-Lived XFL

After college, Steve Gleason was drafted to the short lived XFL (Extreme Football League). There he was recruited by the Birmingham Thunderbolts whose record was 2-8. The league only lasted the 2001 season before it was canceled.

8. There was a Documentary About His Life

Filmmaker Sean Pamphilon began to make a documentary about Gleason’s life in 2011, before it became bogged down in controversy. Pamphilon released video he shot in the Saints’ locker room that caught Saints’ coach Gregg Williams telling his players to injure their opponents. The event came to be known as “Bountygate.”

9. Two DJs in Atlanta Just Got Fired for Making fun of Him

This week, sports radio DJs from Atlanta’s 790 The Zone were fired when they did a skit that involved a fake computer voice pretending to be the voice of Steve Gleason. The voice reportedly asked the hosts to smother him and assist in his death. The three men fired, Nick Cellini, Steak Shapiro, and Chris Dimino, as well as the radio station have all issued apologies. 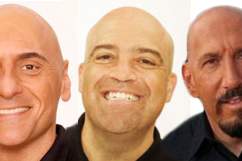 In April 26, 2013, Steve Gleason came out on the stage of Radio City Music Hall to announce draft picks of the New Orleans Saints for the 2013-2014 NFL season. 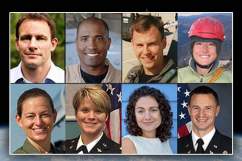 Loading more stories
wpDiscuz
0
0
Would love your thoughts, please comment.x
()
x
| Reply
Steve Gleason, former safety for the New Orleans Saints, revealed his ALS in 2011. He types with his eyes, uses a wheelchair, and remained poised in the face of shameful mockery from DJs this week.