According to AP, Pakistani intelligence officials have reported that a suspected U.S drone strike has killed 7 militants near the Afghan border.

The drone aircraft fired two missiles on a house in Datta Khel area of North Waziristan — an area of Pakistan in which Taliban and al-Qaeda presence has been an issue of international concern since the 2001.

According to News Pakistan, the house targeted was completely destroyed in the strike—  it is the second home targeted in the region within the past 10 days. The deputy chief of Pakistani Taliban, Wali-ur-Rehman was killed in a US strike last week. 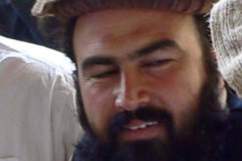 Drone Strike Kills Taliban No. 2 in Pakistan: 5 Fast Facts You Need to Know

Pakistani new Prime Minister, Nawaz Sharif, has lashed out and called for an end to the U.S. drone program. Meanwhile, local news described the drone as an “an American spy aircraft.”

Many Pakistanis oppose U.S. drone strikes because they say the strikes kill large numbers of innocent civilians and end up breeding more extremism and anti-American sentiment by those seeking revenge. The U.S has denied these allegations. Activists have said that drone strikes in Pakistan have killed 1,000 civilans while the US maintains they only target terrorist.

An RT story reports that victims of drone warefare and their families “live in constant fear of another strike and say they are angry and want revenge.”

A study of classified US intelligence records has shown that the CIA could not confirm the identity of about one-quarter of those killed by drone strikes in Pakistan during a period spanning 2010 and 2011. Last month US President Obama announced stricter targeting rules for the drone campaign against militant suspects.