Murdoch is one of the wealthiest people in the world, Forbes lists his wealth at $8.2 billion, his wealth is generated through his media holdings, his News Corporation media conglomerate owns 20th Century Fox, Fox News, and the New York Post, but who is Wendi Deng?

Deng reached some level of notoriety after Rupert’s company bought MySpace for a hefty $580 million, and then promptly ran it into the ground. Despite this, Deng still earned a pretty penny for providing “strategic advice” to MySpace in China. Critics blasted the move, which was reported in Newscorps 2010 Annual Report, as being nepotistic, since it appeared her only real qualification for the job was being from China. Here’s a quote from the report:

“It appears that Deng’s main credential for the job is that she’s from China. Unless Rupert figured her stint as a junior executive at Hong Kong’s Star TV – before she married Murdoch way back in 1999, when no one had ever heard of Facebook, Twitter or LinkedIn, never mind Myspace – qualified her to advise a social networking site.

Murdoch ended up selling MySpace for 6% of his purchasing price in July of 2011 for a paltry $35M.

Actress Nicole Kidman, Wendy Deng and Newscorp Chairman Rupert Murdoch watch Lindsay Davenport take on Elena Dementieva of Russia during the quarterfinals of the US Open at the USTA National Tennis Center in Flushing Meadows Corona Park on September 7, 2005 in the Flushing neighborhood of the Queens borough of New York City. (Photo by Clive Brunskill/Getty Images)

They were married in New York harbor aboard Murdoch’s yacht, Morning Glory. 82 people attended the service, with the NYPD providing security. At the time Murdoch was 68 and Deng was 32. The couple have two daughters. 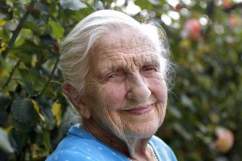 3. Deng Made World Headlines When She Defended Her Husband From a Pie

Wendi Deng protects Rupert Murdoch from pieThe News Corporation boss was targeted with a foam pie by activist/comedian Jonnie Marbles during questioning by MPs. Like us on Facebook at http://www.facebook.com/itn and follow us on Twitter at http://twitter.com/itn2011-07-19T16:21:34.000Z

In July 2011, Deng leaped to the defense of her husband when Jonathan Bowles threw a shaving foam pie at Murdoch during the phone hacking scandal.

4. Deng is a Successful Business Woman

Deng is a successful businesswoman, she is the CEO of the film company Big Feet Productions, she holds a MBA from Yale in business.

Just prior to her marriage to Murdoch, Deng stepped down as vice-president of Murdoch’s Hong Kong-based English-language cable network Star Television. 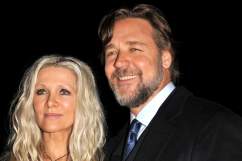 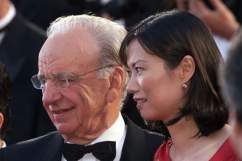 Really, not too much is known about Deng, but it is certain that she is literally half the age of Murdoch. Maybe he decided to start dating women within 3 decades of his age? Probably not. In any case, Deng will be left in good shape regardless of how the alimony or divorce settlement pans out. She still serves on the board of advisers at the Yale School of Management, where she went to school, so she has plenty of resources for the post-Murdoch reality she’ll be living in.
Read More
Rupert Murdoch, Wendi Deng
Wendi Deng will be the ex-wife of Newscorp head, Rupert Murdoch, one of the biggest media moguls on the planet, but who is she?