Aaron Hernandez and his long-term girlfriend and baby-mama, Shayanna Jenkins, want to get married according to reports. Hernandez, whose being held without bail, charged with the murder of Odin Lloyd, has been together with Jenkins since high school. But Bristol County Sheriff Tom Hodgson told USA Today:

We’ll do everything we can to not have that happen.

Cynics may point out that couple’s have been known to get married as part of a courtroom strategy, but Hodgson says he doesn’t care about that:

I don’t subscribe to that. I feel that those rights are things that you access on the outside, if you’re a good citizen, we’ll do everything we can to not have that happen.

But the Supreme Court has ruled that inmates are allowed to marry:

…as a prisoner, you have a basic constitutional right to marry. However, this right
only means that every prison must have a procedure for requesting permission to get married. The
state government and prison officials have the right to make rules determining who can get permission
to marry, so long as the rules are “reasonably related” to valid prison interests.

Valid prison interests include prisoner security and prisoner rehabilitation, as well as protection of people outside the prison.

If a prison official denies your specific request to get married, the denial must be explicitly based on
grounds reasonably related to valid prison interests.

According to the Massachusetts Bar Association:

Massachusetts has recognized the spousal privilege by statute since 1870…A spouse can be forced to testify against the other spouse during a grand jury proceeding.

Reports have indicated that Jenkins was co-operating with investigators until last week when she was told by her fiance to stop talking. 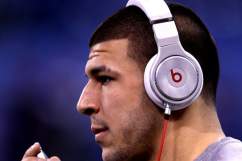