His questions relate to alleged security shortcomings within different government agencies in the lead-up to the bombs. On April 15, three people were killed and hundreds more injured when two bombs exploded close to the finish line of the Boston Marathon. The bombs were allegedly planted by Tamerlan Tsarnaev and his younger brother, Dzhokhar. Tamerlan was killed three days after the explosion and his brother was captured by police 24 hours later.

It has been three and a half months since the terror attack in Boston, and the FBI has yet to answer the pressing questions that would help law enforcement and legislators better prepare against threats in the future, as a former District Attorney, I understand the sensitivities surrounding an ongoing investigation; however, none of the questions I have would compromise the integrity of the investigation into the bombings.

I’m not looking to place blame. What I am looking to do is identify our security shortcomings and change them. Without forthright information from the FBI, we are prevented from taking the critical steps needed to protect the American public. It is my hope that Director Comey makes this a priority because I intend to keep demanding answers until I receive them. 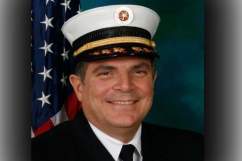