The narrative of the Boston Bombing has been a hot topic of discussion, sending the entire media into a frenzy at the time. While no motive was known at the time, teenager Dzhokhar Tsarnaev was later arrested for the crime after his brother was killed in a shootout with police.

Now that the chaos has calmed down, there’s only one thing left to do with the tragedy. Hollywoodize it. Or at least that’s the mentality of screenwriters Paul Tamsay and Eric Johnson, best known for their work on the original draft of The Fighter. 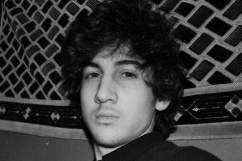 According to a report from Deadline, the screenwriting duo has reportedly optioned the rights to Boston Strong, a forthcoming book written by author Casey Sherman and Boston Herald reporter Dave Wedge. The book is currently being written and will be released next year by University Press of New England.

While it’s unlikely an adaptation will be released any time soon, we still wonder if this type of thing should have been more on the down low, as the tragedy is still fresh in the public eye.

Loading more stories
wpDiscuz
0
0
Would love your thoughts, please comment.x
()
x
| Reply
The rights to the forthcoming book on the Boston Bombings have just been optioned. Here's what you need to know.