Representatives of Facebook could see the inside of a courtroom soon for failing to take down abusive comments that led to a 14-year-old girl’s leaping to her death in Italy.

Carolina Picchio jumped to her death out of her bedroom window on January 5, 2013, after an ex-boyfriend and his friends maintained a steady stream of abusive comments. At one point, the bullies made public a video that allegedly contained images of an intoxicated Picchio. This proved too much for the young teen to bear.

In the case of Carolina, it appears some of her friends, some of her relatives, asked for the removal of some of this strong content, and it wasn’t removed — and this played a role in her decision to commit suicide. 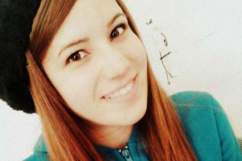 Read More
Carolina Picchio, Facebook, R.I.P., Suicide, Tragedy, Trials
Facebook may see prosecution after it failed to remove abusive and bullying comments that led to the suicide of Carolina Picchio.