Dr. Anthony Garcia was arrested this week on the suspicion of committing multiple murders in the last 5 years.

Here is what you need to know about this suspected caught killer:

Dr. Anthony Garcia, 40, has been charged with four counts of first-degree murder for killings that occurred in Nebraska between 2008 and 2013. He was arrested in Indiana as he drove along the Indiana-Illinois state border in connection to the murders. ABC reports that at the time of the arrest he was caring a handgun, and police suspect he may have been intoxicated.

He is accused of murdering Shirlee Sherman and Thomas Hunter in Omaha in 2008, and Dr. Roger Brumback and his wife Mary Brumback in May 2013. 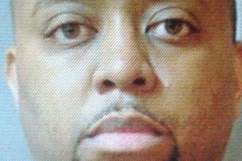 2. All Of the Murders are Connected to the Creighton University Medical School

Garcia began his residency at Creighton University Medical Center in July 2000. Less than a year later, in June 2001, he reigned after being called up on disciplinary actions for “eradicate behavior” and reportedly yelling at a radiology technician.

Garcia worked in the Pathology Department and all of those murdered have some connection to the department. The 11-year-old Thomas Hunter was the son of a Dr. William Hunter, a professor of Pathology, and the murdered Shirlee Sherman was their housekeeper. Similarly, Dr. Roger Brumback also worked in that department, his wife was also killed in the attack.

Police suspect the killings may be retribution for Garcia’s leaving the department.

3. One was an Infamous Unsolved Case

In 2008, in a suspected home invasion, 11-year-old Thomas Hunter and his house keeper Shirlee Sherman were stabbed to death. For years the police were baffled by the crime. Even after a large reward was offered no information surfaced. However, in July 2012, a local news station reported that new evidence, footage of Thomas Hunter getting off the school bus, had just turned up and police hoped it would lead to his killer.

4. His Arrest May be Due to ‘America’s Most Wanted’

In 2012, after 4 unsuccessful years of trying to track down his son and housekeeper’s murderer, Dr. William Hunter went on the popular television show “America’s Most Wanted” to ask for the countries help. Although it is currently unclear what evidence led to Garcia’s arrest, could it have been a tip from a diligent viewer?

5. If Convicted He Could be Classified as a ‘Serial Killer’

The FBI ‘serial killing’ is defined in the Predator Act of 1998 as:

The term ‘serial killings’ means a series of three or more killings, not less than one of which was committed within the United States, having common characteristics such as to suggest the reasonable possibility that the crimes were committed by the same actor or actors.

Read More
5 Fast Facts, Breaking News, Crime, Murder, Police
A doctor has been arrested for on suspicion of four murders that occurred between 2008 and 2013. All of the murders were in connection with a medical school.