According to a graphic 59-page report written by the county’s top prosecutors and obtained by Heavy.com, many high-ranking officers were involved in a myriad of sexual activities with the female employee — while on duty.

Although some of the alleged sex acts were consensual, the 37-year-old woman has told officials that she was coerced and harassed in many instances. As stated in the report, her inability to say “no,” her desire to please and her sexual promiscuity is believed to have made her a target among the LPD officers.

In one of the most salacious details of the report, the woman had sex with a firefighter in a car outside of the funeral of a slain police officer.

Here are the facts you need to know about this outrageous sex scandal.

1. Nearly a Dozen Police Officers Allegedly Had Sex With the Woman; Others Engaged in Disturbing Acts of ‘Harassment’

The blow-by-blow report of the the woman’s interview with police was populated with stories of forced sex, harassment, soliciting, sexting, aggression and inappropriate contact from on- and off-duty officers. Even high-ranking police officers were implicated in the report. The female in question admits she engaged in consensual sexual relations with many of the men but stated that she felt forced to comply with many of their sexual demands.

Some of the men she did not have sexual intercourse with harassed her while at work. For example, one men of the department allegedly locked her in a room, cut some of her pubic hair, put it in an envelope and told her “he wanted something to remember her by.” Another man asked her to “urinate in a cup” so that he could “drink it.” Other officers exposed their genitals to her while on duty. And then there’s this:

She stated that some of the officers treated her “like a piece of property.”

Sexting and sharing photos of their sexual organs was a common theme in the report.

According to the report, she was raped by other sergeants and felt that she “could not stop” them. She reitereated serveral times during interviews with police that she felt she did not feel people would believe her.

The woman’s accounts were largely corroborated by her sexual partners and others within the department.

2. Seven of the Officers Admitted to ‘Sexual Wrongdoing’

Five of the seven officers implicated in accusations included high-ranking members of the department. This included Capt. John Thomason, the department’s spokesman and training supervisor. According to The Ledger, Thomason has since retired.

According to statements given by the woman involved in the case, the alleged forced and consential sex acts began seven years ago.

Having said that, the state attorney’s office said there wasn’t enough evidence to file criminal charges, and thus, none of the cases will be heading to court.

Since the widespread scandal, other county police chiefs have been using the LPD incident as a teaching tool — calling the Lakeland situation a “glaring example of what not to do.”

3. Some Sex Acts Occurred While Officers Were On Duty and in City Buildings

Some of the sexual acts occurred in patrol cars.

The explicit report reveals that various sex acts occurred while the officers were on duty and happend at LPD headquarters, in other city buildings, city parks and even inside a closed church building. The woman admits to have met up with and had oral sex and intercourse with on-duty police officers inside their patrol car.

4. The Department Has Been Involved in Another Sexual Harassment Incident

Only a week before this scandal was uncovered, the department was under fire after a female said a cop ordered her to lift her shirt and shake her bra to prove she wasn’t hiding any drugs during a routine traffic stop. The incident was recorded by the patrol car’s camera (watch the video above).

The woman in the video told ABC that it was “demeaning, degrading. … Everyone was watching this, watching this girl having to do this stuff. And for what? Because I had a headlight out?”

In a forceful, two-page letter to LPD Chief Lisa Womack, the state attorney Jerry Hill questioned whether the alleged improprieties caused some of the problems the LPD has seen over the past several months:

…cannot ignore the fact that several of the officers involved in this matter are high ranking officers in your department. Some of the officers were directly responsible for training other officers at LPD. Perhaps this investigation sheds some light on the serious shortcomings of your department in the areas of traffic stops, search and seizure, thoroughness of investigations, preparedness for trial and complying with Florida Public Records law…Had these members of your department been more focused on the important responsibilities of law enforcement, rather than pursuing sexual encounters with a civilian [employee], the LPD might not be in the condition it is today.

5. The Woman at the Center of the Scandal Suffered Incestual Rape in Her Childhood

During interviews with police, the crime analyst at the center of this scandal gave the chronology of her life during which she revealed the abuse she endured during her childhood years. 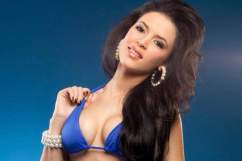 Loading more stories
wpDiscuz
0
0
Would love your thoughts, please comment.x
()
x
| Reply
A funeral tryst is among the most salacious details of a shocking sex scandal that has struck the Lakeland, Florida, police force. We obtained the graphic 59-page report.