AFP reported today that the palatial sprawling compound that once housed Libyan dictator Muammar Gaddafi will became an amusement park.

This announcement was made today by Libya’s tourism minisiter Ikram Basha Imam. She said:

The work to clear away the rubble from the ruins of Bab al-Aziziya, which was a black spot in Tripoli and a source of concern for residents, has begun….This space will be transformed into a green area and an amusement park as a place of entertainment for Libyan families

The compounded has been looted and inhabited with squatters since Gaddafi’s death in October 2011. 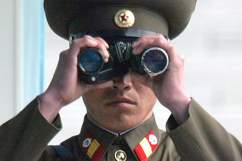 Loading more stories
wpDiscuz
0
0
Would love your thoughts, please comment.x
()
x
| Reply
Former Dictator of Libya, Muammar Gaddafi, lived in a huge compound in Tripoli, and now, 2 years since his death, it will be turned into an amusement park.