Shellie Zimmerman, 25, does not have time to celebrate her husband, George Zimmerman’s acquittal because now she finds herself the defendant of her own criminal trial. George Zimmerman was just found not guilty for all the charges in the killing of unarmed 17-year-old Trayvon Martin in the shooting that occurred in February 2012.

Here is what you need to know about the second trial that may consume the Zimmermans:

1. She was Arrested on Tuesday

2. She is Accused of Perjury

In the court document, which you can read above, the state of Florida is officially charging Shellie Zimmerman with perjury. The affidavit was signed by Assistant State Attorney John Guy, who recently served as one of the lead prosecutors in the case against Shellie Zimmerman’s husband, George Zimmerman. 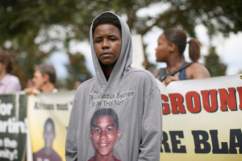 3. She Reportedly Lied About Family Finances

Later financial records, as well as recorded phone calls between the Zimmermans, revealed that the family was in possession of around $135,000 collected through donations for the family and their legal expenses.

4. She Could Serve 15 Years in Prison

In Florida, lying under oath could either be determined a first-degree misdemeanor or a second or third-degree felony depending on the context of the lie. Lying under oath in an official proceeding, as Shellie Zimmerman did, could result in 5 to 15 years in prison as well as fines ranging from $5,000 to $10,000.

5. George Zimmerman is Involved in Other Law Suits

Although George Zimmerman was recently acquitted of his murder and manslaughter charges, he he may find himself back in a courtroom relatively quickly, both as the prosecution and the defense. The NAACP is in the process of trying to convince the Justice Department to charge Zimmerman with civil rights violations. Zimmerman, meanwhile, is suing NBC for defamation after they edited and distorted his call to 911. 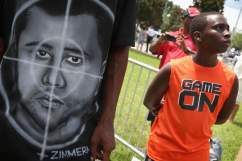 Loading more stories
wpDiscuz
0
0
Would love your thoughts, please comment.x
()
x
| Reply
Shellie Zimmerman was arrested on Tuesday and will by tried for perjury after allegedly lying about the family's finances during a bond hearing.