The 2010 Gulf oil spill killed 11 workers and dumped millions of gallons of oil into the Gulf. (Getty Images)

The Department of Justice announced Thursday that Halliburton Energy Services has agreed to plead guilty to destroying evidence after a drilling rig exploded in the Gulf of Mexico in 2010, killing 11 people and dumping millions of gallons of oil into the Gulf, reports The Washington Post.

The Department of Justice filed one criminal charge against the oil services company. According to the news release, Halliburton, which was BP’s cement contractor responsible for mixing cement used for the well, has agreed to pay the maximum fine, be on probation for three years and continue to cooperate with the government’s criminal investigation. Halliburton also made a $55 million donation to the National Fish and Wildlife Foundation, independent from the court agreement.

Halliburton is the third company to plead guilty to a criminal charge related to the spill. BP, the operator of the drilling site, and Transocean, which ran the drilling rig have also pleaded guilty.

The news comes long after businesses affected by the spill had accused the company of conducting undocumented cement tests and then hiding the results. BP also accused Halliburton of destroying evidence of cement testing. 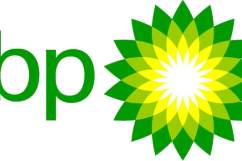 BP to Pay $4.5 Billion for Deepwater Spill; Guilty of 11 Felonies