At least 25 school children have died and dozens hospitalized from a contaminated school lunch in the impoverished eastern state of Bihair, India.

Here’s what you need to know about this tragedy…

1. The Children Were Poisoned From A School-Provided Lunch

The poisoned children, ranging from ages 4-12, were poisoned from eating a free, school-provided lunch. The meal is a part of the Mid-Day Meal Scheme, the world’s largest school feeding program, which feeds 120 million children worldwide. The meal consisted of rice, soybean and potato curry. A reported 48 children have eaten the food. 25 of those have died since consuming the food.

2. Food Was Poisoned With Insecticide

Though information is sketchy right now, it has been reported that the cooking oil used to prepare the food was contaminated with insecticide.

“We feel that some kind of insecticide was either accidentally or intentionally mixed in the food, but that will be clear through investigations,” said R.K. Singh, medical superintendent at the children’s hospital in state capital Patna.

“It appears to be a case of poisoning but we will have to wait for forensic reports … Had it been a case of (natural) food poisoning, so many children would not have died,” said Poonam Kumari, local government administrator at the village. 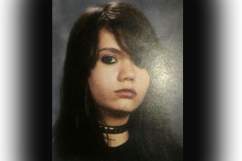 The school’s headmistress reportedly fled after the deaths began to surface in the media. She has been dismissed, according to P.K. Shahi, Bihar’s education minister.

“In spite of the cook’s complaint (over the smell of cooking oil used for the food), the headmistress insisted on its use and the cook made the food. The children had also complained about the food to the cook,” said Shahi, during a news conference.

4. The Death of The Children Has Caused A Public Demonstration

“This is an out-and-out case of poisoning and the facts which are unfolding clearly, prima facie, point out complicity of political conspiracy,” Shahi told Reuters.

With effigies of himself burning in the streets, Bihar Chief Minister, Nitish Kumar has ordered an inquiry into the incident. He has also offered 200,000 rupees (or roughly $3,400 USD) to the families of the dead children.