Details of James Gandolfini‘s will have been revealed and it is reported that the late star of HBO’s hit series The Sopranos left generous chunks of his $70 million estate to beloved friends and family members, with the bulk of it going to his son. Here’s what you need to know. 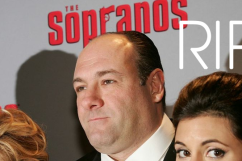 1. Gandolfini’s Will is a “Tax Disaster”

Top estate lawyer William Zabel says Gandolfini’s will is a “tax disaster” that could see over $30 million of his estimated $70 million estate go to the government, reports the New York Daily News. The “big mistake” in writing the will was leaving 80 percent of his estate to his sisters and his 9-month-old daughter, Zabel said, making the portion of the estate subject to death taxes of about 55 percent:

“It’s a nightmare from a tax standpoint,” Zabel said.

Besides receiving his father’s clothing and jewelry, 14-year-old Michael will be receiving a $7 million life insurance policy owned by a trust set up in his name, with the option to purchase Gandolfini’s Greenwich Village condominium in New York.

3. Michael and his Half-Sister Also Get 50 Percent of His Italy Property

Michael and his half-sister, 8-month-old Liliana Ruth, will also be receiving a 50 percent stake in the property the late actor owns in Italy. The property is being held by a trust that will be available when Liliana turns 25.

“It is my hope and desire that they will continue to own said property and keep it in our family for as long as possible,” Gandolfini states in the will.

4. His Widow Gets All of Gandolfini’s Tangible Property

Besides Gandolfini’s clothing and jewelry, his widow, Deborah Lin, receives all of Gandolfini’s tangible property.

5. He Also Left Money to Other Friends and Family Members

Gandolfini left plenty of money to other various loved ones. He left $500,000 to each of his nieces, Laura and Jenna Antonacci. $200,000 each goes to his assistant, Trixie Flynn Bourne, and friend Thomas Richardson. His godson, Robert Parish gets $100,000, and friends Fatima Bae and Doug Katz each receive $50,000. 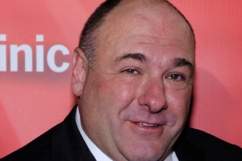 Loading more stories
wpDiscuz
0
0
Would love your thoughts, please comment.x
()
x
| Reply
James Gandolfini's left the bulk of his $70 million estate to his son, but the tax man is taking a huge chunk.