The 39th President of the United States, Jimmy Carter has come out against the NSA electronic spy practices. The Nobel Peace Prize winner is saying that he has lost faith in the American political system, saying “America has no functioning democracy.”

Additionally, President Carter came out in support of Edward Snowden, the man resposible for the leaks that publicized the secret NSA electronic spying program, PRISM. He called the leaks “useful because they inform the public.” Snowden’s leaks have illuminated what President Carter considers to be further violation of and decline of human rights within America.

In his 2012 New York Times op-ed, President Carter targets the NDAA and other US policies that further degrade basic human rights for US citizens everywhere.

Revelations that top officials are targeting people to be assassinated abroad, including American citizens, are only the most recent, disturbing proof of how far our nation’s violation of human rights has extended. 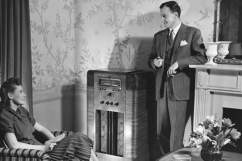 RT.com sums up Section 1021 of the NDAA as follows.

“[It allows] the president of the US can indefinitely imprison any person who was part of or substantially supported al-Qaeda, the Taliban or associated forces engaged in hostilities against the US or its coalition partners, as well as anyone who commits a “belligerent act” against the US under the law of war, “without trial, until the end of the hostilities.”

The public outrage prompted Pulitzer Prize-winning war correspondent Chris Hedges and a group of journalists, along with human rights activists, to file a lawsuit against the government. A federal judge ruled on the sides of the plaintiffs, striking the law down. This followed by a quick request for an appeal by the Obama Administration.

On Wednesday, July 17, 2013, the appeal court ruled in favor of the appeal. The government is once again allowed to legally detain people they consider enemy combatants for an indefinite period of time.

President Carter’s 2012 op-ed only reaffirm his beliefs in the time since it was published.

With leadership from the United States, the Universal Declaration of Human Rights was adopted in 1948 as “the foundation of freedom, justice and peace in the world.” This was a bold and clear commitment that power would no longer serve as a cover to oppress or injure people, and it established equal rights of all people to life, liberty, security of person, equal protection of the law and freedom from torture, arbitrary detention or forced exile.

At his appearance at the recent meeting of the “Atlantic Bridge” in Atlanta, Georgia, President Carter shared his pessimism towards the future of global politics. The recent fall of the Egyptian government into a military dictatorship has left the former president with no reason to be optimistic.

President Carter did praise social technologies for their role in the recent Arab Spring revolutions. He also pointed out that the role of those companies in the NSA PRISM program (Facebook, Twitter, Google) spoils and decays at their worldwide credibility.