People gather at a rally honoring Trayvon Martin with his photo. (Getty Images)

After four straight nights of Trayvon Martin demonstrations, protesters have set their sights on Beverly Hills. A group, calling themselves Justice For Trayvon, is planning a peaceful protest, starting at La Cienega Park at 5 P.M. The park is just a mile from the traditionally African American neighbourhood by Pico Boulevard. The march sill take place on sidewalks and within public parks, which allows them to demonstrate without permits.

The group is demanding federal civil rights charges be brought against George Zimmerman, the man recently found not guilty in the death of 17-year-old Trayvon Martin.

The group is calling for the end of,

“…the practice of racial profiling that leads to the killing and imprisonment of Black Bodies. The aim of this peaceful rally is to bring together a multi-racial coalition of people that can continue the national and now international call for Justice for Trayvon Martin and his family.”

According to the group’s organizer, Patrisse Cullors-Brignac, it is important for them to spread their message across Los Angeles.

For us Beverly Hills is a mostly upper-middle class white neighborhood. Trayvon was murdered in a neighborhood that was mostly white.

The protest is planned to travel north on La Ciegega, then west on Wilshire Boulevard until they reach Beverly Boulevard. 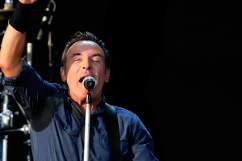