John Riggs is known as the family hero after swimming five hours to shore for help for his family after their boat capsized off the Maryland coast.

A man swam five hours to shore to reach help for his family after their boat capsized off the Maryland coast, reports the Daily Mail.

John Riggs, 46, was fishing off the coast of Deal Island, Maryland with his sister, 43, her 3-year-old son, his 70-year-old father and his 9-year-old niece when they were caught up in a thunderstorm and the waves got choppy.

“It was sundown,” Riggs’ sister, Contessa Riggs recounted. “The water suddenly became very choppy and a wave crashed into the boat, filling the boat with water. John started to bucket the water out and I grabbed life jackets and made sure everybody had one, but then there was another wave. In a second our boat was upside down in the water.”

When the sun went down, Riggs and his sister knew that no one was going to start looking for them until the next day, so they decided they had to act. That’s when Riggs started swimming the two miles back to shore. He left his family clinging to the boat and swam for almost five hours, reaching the shore around 1 a.m.

When he finally made it to the beach, he was too tired to walk, so he crawled to the first house he saw.

“He came to the right house,” said Angela Byrd, whose dog’s barking awakened her. “He said, ‘I’ve been swimming since sundown; I need help.’”

Byrd called 911 and rescuers were soon on their way to Riggs’ family.

“Just not knowing what’s going on with them while I was gone,” Riggs said. “It was getting nasty and blowing harder. And not knowing if we would be able to find them when we got back out there.”

The family was finally rescued, but only after clinging to their capsized boat for five hours in jellyfish-infested waters. They suffered from cuts and bruises, but walked away with no significant injuries.

Riggs is now known as the hero of the family. 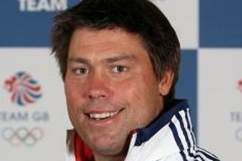 Read More
Boats, Maryland
wpDiscuz
0
0
Would love your thoughts, please comment.x
()
x
| Reply
A man swam five hours back to shore to reach help for his family after their boat capsized off the Maryland coast.