Miguel Treviño Morales, the leader of one of the most notorious drug cartels, was captured by Mexican marines, authorities on both side of the border confirmed. Here’s what you need to know about the brutal drug lord.

2. He is One of Mexico’s Most Wanted Drug Lords

Mexico's most-wanted drug lord who STEWED his victims alive in burning oil has been captured http://t.co/1PIp2pkWVG

He is known for his brutality and blieved to be responsible for carrying out several notorious attacks including civilian killings, beheadings and the killing of 72 undocumented immigrants in 2010 in what is known as the San Fernando massacre. In May, his cartel is also believed to have left 49 mutilated bodies in a northern Mexico town square.

“He had a reputation of leading the most vicious group in Mexico,” said one law enforcement official. “This is a huge symbolic way to end his career.”

3. His Capture is Said to Be a Triumph

Morales’ capture is one of highest profile and successful drug lord capture to date for Mexico.

“I am certain there are many within the law enforcement community, both U.S.. and Mexican, who are reflecting on their lost colleagues this evening and know that this was the man responsible for so much suffering,” Former U.S. Ambassador Tony Garza said. 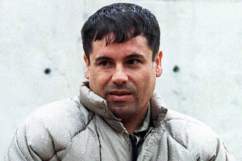 4. Morales Was Caught in a Town Called Anahuac

The drug lord was caught by Marines on Sunday in the Mexican town of Anahuac, located near the border of Nuevo Laredo. Officials said he was captured without a single shot fired after his truck was stopped.

5. He Was Arrested with $2 Million

Morales was carrying $2 million in U.S. cash, as well as three guns and multiple rounds.

6. And With Two Others

Mexican cartel boss Trevino Morales had guns, 2 million in cash, a bodyguard…and his accountant with him in the truck when captured. @AP

He was arrested with two other men. Mexico’s Assistant Secretary of Media and Security said he believes one was in charge of finances and the other was a his bodyguard.

7. $5 Million Was Offered as Reward for His Capture

In 2009, the U.S. State Department issued a $5 million reward for information leading to the capture of Morales. 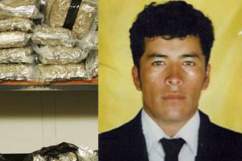 Moreles replaced the group’s founder, Heriberto Lazcano, after his death in October 2012. Lazcano was killed in a shootout with Mexican marines in Coahuila.

9. His Older Brother Was Sentenced to 20 Years in Prison

His brother, Jose, was sentenced to 20 years in Texas last May for money laundering. He was using a racetrack as a front for illegal drug profits for his brothers.

10. His Younger Brother is Likely to be the New Leader

Omar "El 42" Trevino Morales will likely assume the control of the Zetas but the group is now considerably weaker.

Morales’ younger brother, Omar Treviño Morales, is likely to be the new leader of the Zetas. Omar is known as the Zetas leader in the Piedras Negras area, across the Texas border town of Eagle Pass. 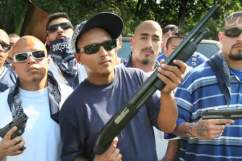