Marte Deborah Dalelv was handed a prison sentence in Dubai after reporting she had been raped by her coworker. While dismissing her allegations, the UAE court instead found her guilty of drinking alcohol and wanting the sex that she alleged was forced upon her.

The Norwegian native — who had been working at an interior design firm in Qatar since September 2011 — traveled to Dubai for work with three colleagues. After being out at a bar with her work friends, she asked a male colleague to walk her to her room when they returned at 3 a.m to the hotel.  Knowing she had been drinking, 24-year-old Dalelv explained to CNN that she did not want to wandering through the hotel alone.

The night then turned into a nightmare.

When they finally reached the hotel room, Dalelv realized it wasnt hers and the man pulled her inside by her purse “despite her vocal objections”. According to an interview with CNN , “He dragged me by my purse in, so I thought, ‘OK, I just need to calm the situation down. I will finish my bottle of water, I will sit here and then I will excuse myself and say I feel fine,'” she said. That was pretty much the last thing she said she remembers before the alleged sexual assault. “I woke up with my clothes off, sleeping on my belly, and he was raping me. I tried to get off, I tried to get him off, but he pushed me back down.”

After a hotel wake-up call, she got dressed and made it downstairs to hotel reception where she called the police.  But the nightmare continued. “I called the police. That is what you do. We are trained on that from when we are very young,” she said.

About a dozen male police officers arrived and after statements were taken from Dalelv as well as her alleged rapist, she was taken to Bur Dubai Police station. After a “intimate medical exam” and an alcohol test, her belongings were taken and she was locked up in jail for four days with no explanation. Dalelv said, “They asked me, ‘Are you sure you called the police because you just didn’t like it?’ I said, ‘Well of course I didn’t like it.’ That is when I knew, I don’t think they are going to believe me at all.”

It was only on the third day that the young woman was able to contact her parents and tell them she had been raped. Dalev’s family contacted the Norwegian Embassy and a representative from the consulate came to the police station and was released. Her passport, however, was not returned. Upon being released, Dalelv was finally informed of two charges against her: one for sex outside of marriage and the other for public consumption of alcohol. Both are illegal in UAE.

In the following proceedings, her manager advised her to tell the police “it was voluntary sexual intercourse” as it was “likely the whole issue would should go away.” In one of the many hearings at the public prosecutor’s office, she said it was voluntary. This attempt to make the issue “go away” only made things worse as Dalelv was then charged for making a false statement.

“That was my biggest regret because it wasn’t voluntary. I just thought it would all go away,” she said in an interview. A representative from Dalelv’s company told CNN that she was not advised by her manager to say the sex was consensual but that by a police officer, who told her in Arabic and it was translated into English by her manager.

A month after the rape, while being forced to stay in Dubai due to the case, she was fired from her job by her Qatar-born employer, the interior designer Wissam al Mana, who is otherwise known as Janet Jackson’s latest husband. The married Sudanese father of three she accused of raping her was also fired for “drinking alcohol at a staff conference.”

Dalelv was convicted Tuesday on all three charges and was sentenced to one year in jail for having unlawful sex, three months in jail for making a false statement and one month for illegal consumption of alcohol. Dalelv is scheduled to appear at the court on September 5 to begin the appeal proceedings.

“This verdict flies in the face of our notion of justice,” Norway’s foreign minister, Espen Barth Eide, told the NTB news agency, calling it “highly problematic from a human rights perspective.”
Previous cases in the UAE have raised similar questions, with alleged sexual assault victims facing charges for sex-related offenses. Human Rights Watch has called its record “shameful” saying it must change the way is handles cases of violence against women.

In December of last year, a British woman reported being raped by three men in Dubai and was found guilty and fined of drinking alcohol without a license. In January 2010, a British woman told authorities she was raped by an employee at a Dubai hotel. She was charged with public intoxication and having sex outside of marriage.
An Australian woman reported in 2008 that she was drugged and gang-raped by a group of men. Courts found her guilty of having sex outside marriage and drinking alcohol, and she was sentenced to 11 months in prison. 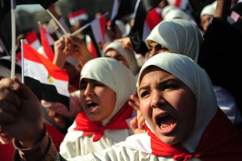 Loading more stories
wpDiscuz
0
0
Would love your thoughts, please comment.x
()
x
| Reply
The UAE court instead found her guilty of drinking alcohol and wanting the sex that was forced upon her.