A plane has crashed at San Francisco International Airport. According to reports coming from the ground, the plane, “literally broke apart.” The plane was carrying 291 passengers, in addition to 16 crew members bring the total on board to 307.

#BREAKING: The two teenage girls who were killed in the #SFO plane crash were part of a 35-member group headed to summer camp in L.A.

1. The Accident Occurred When the Plane’s Tail Ripped Off

This is the route we believe was being made by the flight.

The plane was an Asiana Boeing 777 coming from Seoul. It crashed as it came in for landing when the plane’s tail seemed to completely come off, reports KTVU.

Flight 214 was due to land in San Francisco at 11:30 a.m. local time, the plane’s landing gear was out as the plane was coming in, suddenly the back of the plane ripped off.

There has never been a fatality involving a Boeing 777, and Asiana Airlines was awarded a five star safety rating this year.

The final interaction between the pilots and the tower, with the pilots calling for an emergency, can be heard here:

Anthony Castorani, who witnessed the crash in its entirety told CNN:

You heard a pop and you immediately saw a large, brief fireball that came from underneath the aircraft, It began to cartwheel.

The incident has been confirmed as a crash by Federal Aviation Administration spokeswoman Lynn Lunsford, who was speaking to the Associated Press.

Reuters photo from above the plane crash at #SFO. Incredible. pic.twitter.com/rgPzktv8VZ

Elliot Stone, a passenger on board the flight, told CNN about the moments before the crash:

…right when it appeared to coast for the landing, all of a sudden the engine was off, like you sped up, like the pilot knew he was short. And then the back end just hit and flies up in the air and everybody’s head goes up to the ceiling.

#BREAKING Witness to SFO plane crash tells me tail section of plane detached upon landing…aircraft flipped over and caught fire.

2. According to Reports Two People Have Been Killed

The two fatalities have been confirmed by the San Francisco Fire Department. They are both Chinese nationals, Wang Linjia and Yang Mengyuan. 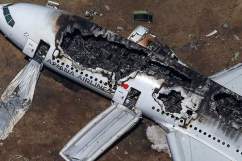 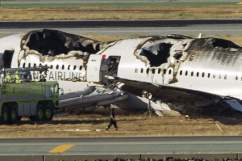 Passengers being brought down slides indicates many survived the accident. According to a passenger, who was on the plane, “Most everyone seems fine. I’m ok. Surreal.”

According to LA Times reporter Andrew Blankstein, 48 people are being treated for injuries related to the crash. That number has risen to 70 according to ABC7 reporter Dan Ashley.

CNN are reporting that San Francisco hospital are treating eight adults and two children, all of whom are critical.

According to ABC’s Joo Heecho the nationalities of the passengers was 141 Chinese, 77 South Koreans and 61 US citizens.

RT @kristaseiden: People being evacuated via the emergency slides at the plane #crash at #SFO pic.twitter.com/DRlcPmmXQf 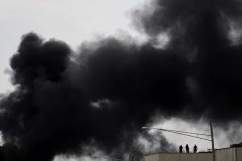 3. The Horror Was Watched by People Waiting to Board Flights

Omg a plane just crashed at SFO on landing as I’m boarding my plane pic.twitter.com/hsVEcVZ2VS

People waiting to board planes at San Francisco International have spoken of their horror at watching the plane come down.

Ben@bootstraplabs sitting next to /opened exit door wz broken ribs to help ppl get out. waiting for CT pic.twitter.com/DXz0xYCJrn 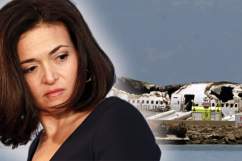 The FAA has confirmed that all flights to and from San Francisco International were canceled, though two runways are expected to open at the airport shortly. Major delays are expected all across the west coast due to the crash, Oakland Airport is being used for diverted San Francisco flights.

#BREAKING Witness to SFO plane crash tells me tail section of plane detached upon landing…aircraft flipped over and caught fire.

NTSB is gathering information about a plane crash on the runway of San Francisco International Airport. More information will come soon.

Per @CHP_GoldenGate, all access to SFO is closed (due to plane crash). They recommend avoiding 101 and using 280 instead.

Passing San Francisco Airport (SFO) on Highway 101. A plane is on fire near the runway, and there's a huge cloud of smoke. #SFOfire

The smoke from the crash was seen from miles around. Emergency responders were on scene from San Francisco, Redwood City and San Mateo. After putting a layer of foam on the burning plane, they then extinguished the blaze entirely.

The FBI are now on scene, as the San Francisco Fire Department have turned their investigation over to them. According to the NTSB website:

In cases of suspected criminal activity, other agencies may participate in the investigation. The Safety Board does not investigate criminal activity; in the past, once it has been established that a transportation tragedy is, in fact, a criminal act, the FBI becomes the lead federal investigative body, with the NTSB providing any requested support.

Loading more stories
wpDiscuz
0
0
Would love your thoughts, please comment.x
()
x
| Reply
Two people are dead and scores more injured after an Asiana flight coming in from Seoul, a Boeing 777 carrying 300-plus people, "broke apart" before landing as onlookers watched in horror and captured the chaos on Twitter.