Twitter is buzzing as George Zimmerman awaits his verdict. Trayvon Martin’s televised murder case has garnered a striking amount of attention — drawing to it lofty issues of race and gun control. Now people — including celebrities — have taken to Twitter in support of the prosecution, urging justice for the murder of the 17-year-old high school student who was shot by Zimmerman in 2012. Support has pushed the hashtag #JusticeForTrayvon to a world trending topic as many users have “blacked-out” their profile pictures in support of the trending hashtag.

Check out the top tweets as the clock ticks while the jury deliberates their verdict:

Trayvon Martin- a son, a brother, a friend, a kid killed because gun toting man judged him guilty #JusticeForTrayvon pic.twitter.com/NnGij7T4mO

Dude said it perfect. Its not about race, its about right and wrong #JusticeForTrayvon

Skittels i EAT That. Arizona, i DRINK That. Black Hoodie, i WEAR That. TRAYVON MARTIN , DIDNT DESERVE THAT. #Retweet #JusticeForTrayvon♥♥ 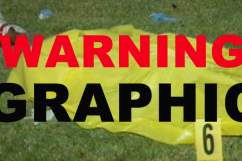 "The more we go forward in America the more we seem to go backwards, too." #JusticeForTrayvon Martin http://t.co/qaZhQhjyqN

If Zimmerman Gets Off, it Sends the Message That Murder is Now Legal and Everyone with a Gun is Their Own Police. #JusticeForTrayvon

Guy: "In the end, this case is not about standing your ground, it is about staying in your car." #JusticeForTrayvon

if zimmerman walks free a dog's life will mean more than the life of a black teen #JusticeForTrayvon pic.twitter.com/yxuHacJVkH

How incredibly hard, almost impossible, it must be to sit in the courtroom with your son's murderer. #JusticeForTrayvon and for his family.

RT @rperezzz #JusticeforTrayvon: This pic says it all pic.twitter.com/Ao7rXO9NSm -How about losing the hoodie & replacing the Skittles w/a book

Zimmerman has a better chance of just going to prison b/c he won't be safe on the streets of America. #justicefortrayvon #ZimmermanTrial 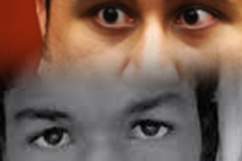 Read More
Trayvon Martin, Twitter
wpDiscuz
0
0
Would love your thoughts, please comment.x
()
x
| Reply
Twitter is buzzing as people tweet their support for the prosecution, urging for justice to be served