A Grand Jury in Bristol County, Massachusetts, has indicted former NFL star Aaron Hernandez for the murder of 27-year-old Odin Lloyd on June 17.

Read the documents below:

Hernandez appeared in the courtroom today in North Attleboro wearing a suit jacket over a white T-shirt. He made no statements; the only emotion he showed was when he mouthed “I love you” to his girlfriend Shayanna Jenkins who was in attendance.

The next step in the case will be for Hernandez to enter formal plea at an arraignment; the date for that has not been set.

Hernandez is being held, without bail, at a county jail charged with the murder of his one-time friend, Odin Lloyd. According to Carlos Ortiz, another friend of Hernandez’s, he drove with Hernandez and another man, Ernest Wallace, to Lloyd’s house in Boston and picked him up. 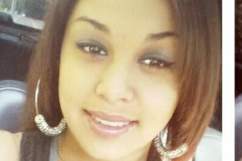