Another letter from prison authored by suspected murderer and former Patriots tight end Aaron Hernandez has emerged from prison. The letter, which contains parenting advice and a lesson on staying positive, was written to Colin Imm, one of Hernandez’s “pen pals.” The letter, which you can see above, was then promptly leaked to Radar Online.

Hernandez, who is suspected of killing friend Odin Lloyd in June, tells Imm not to do anything that could jeopardize his relationship with his child. Hernandez, 23, expresses his own regret for not being able to be there for his 9-month-old daughter or his fiancée Shayanna Jenkins, 24.

Stay away from all negative people so your [sic] always there for your little boy cuz [sic] I miss by [sic] little girl terribly and my biggest fear of all is she wont know daddy! She said daddy first time or should I say “Da Da” and had to hear it from jail.

He thanks Imm for all of his support and reminds him in the post script, “I’m a great dude dont believe all the neg. publicity please!” He also beseeches him, “Please keep this private is all I ask!”

Since Hernandez and his suspected accomplices have been in prison awaiting trial, he has become a suspect in other murders. He is currently in the Bristol County House of Correction in North Dartmouth, Massachusetts. 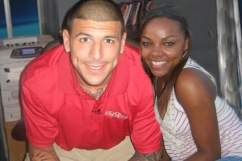 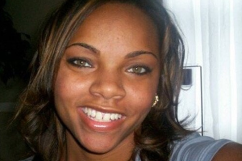