Adrian Fenty served one term as the sixth mayor of the District of Columbia from 2007 to 2011.

Two years after the death of her husband, Apple founder Steve Jobs, Laurene Powell Jobs has reportedly found love again in Fenty, reports The Washington Post. Sources say their relationship began as a friendship and blossomed into a “budding romance.”

3. They Met at a Houston Education Conference in 2011

Fenty and Powell Jobs share a passion for school reform and met at a Houston education conference in 2011. Fenty joined the board of College Track, a non-profit college prep program for students co-founded by Powell Jobs, a year later.

“Adrian Fenty is one of our country’s great advocates for education reform,” Powell Jobs said in a statement when Fenty joined the board. “His sense of urgency and record of accomplishment is unparalleled.”

4. Fenty is a Special Adviser at Andreessen Horowitz

Following his term as Washington D.C. mayor, Fenty migrated to the west coast after landing a job with one of Silicon Valey’s hottest venture capital firms, Andreessen Horowitz. He scored the job after meeting co-founder Marc Andreessen through the College Track program; Andreessen’s wife is a close friend of Powell Jobs. 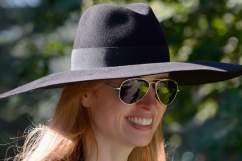 5. He Announced His Separation From His Wife in January

Fenty married Michelle Cross, an attorney, in 1997 and they had three children together. After their marriage had been rumored to be on the rocks for several months, the couple formally announced their separation in January. There is no indication that Powell Jobs had any role in the split. 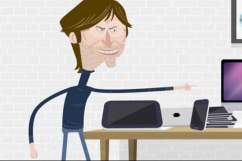