An imaginative Canadian dentist named Michael Zuk has revealed his plans to clone the late Beatles frontman, John Lennon, using the singer’s old rotten tooth. Zuk bought the tooth at an auction for $31,000 in 2011 and has been busy sequencing the music legend’s DNA, much like the way scientists have proposed to clone and bring back to life the long-extinct Woolly Mammoth, according to the press release.

Zuk is very excited to continue his work that is being done in a secret US lab, he said in a conversation with io9.com.

I am nervous and excited at the possibility that we will be able to fully sequence John Lennon’s DNA, very soon I hope. With researchers working on ways to clone mammoths, the same technology certainly could make human cloning a reality.

The Guardian also spoke with Zuk for more insight into his project.

“Many Beatles fans remember where they were when they heard John Lennon was shot. I hope they also live to hear the day he was given another chance. I am nervous and excited at the possibility that we will be able to fully sequence John Lennon’s DNA. With researchers working on ways to clone mammoths, the same technology certainly could make human cloning a reality.”

One of the main reasons the dentist is not working on this project in his home and native land of Canada is because the nation has a federal ban on “cloning humans, cloning stem cells, growing human embryos for research purposes, sex selection, and buying or selling of embryos, sperm, eggs or other human reproductive material.” 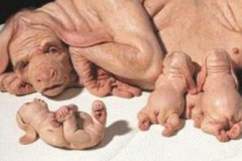 So depending on which state Zuk is working out of, he should be good to go. For example, Arizona only bans “the use of public monies for reproductive or therapeutic cloning,” which leaves it open to private interests. Missouri and Maryland have similar bans on the use of public funds, but no mention of the legality of the research at all.

According to Wikipedia, only 13 U.S. states have a ban on human cloning. There are currently no federal laws in the United States which ban cloning completely, and any such laws would raise difficult Constitutional questions similar to the issues raised by abortion.