The CIA was smuggling weapons from Libyan weapons depots to the Syrian rebels during the 2012 attack on the US embassy in Benghazi. According to a report by CNN, an unnamed source has leaked that the alleged cover-up of the circumstances around the attack is to hide the reality of the smuggling, which occurred before the escalation of the Syrian civil war. This shows that the CIA has been arming the Syrian rebels since at least September 2012. The agents were running the operation out of the Benghazi “annex,” which has been reported as a secret safehouse of the CIA in the city, not far from the embassy.

This development emerges just one day after reports of CIA intimidation on employees and foreign ground assets. 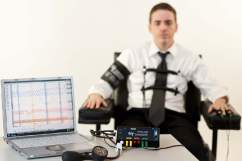 In an exclusive published by CNN, a source has revealed an “unprecedented” effort to keep anyone with information on the Benghazi embassy attack from speaking with the media or Congress.

Survivors of the attack were asked to signed non-disclosure agreements, reports Fox News.

According to the report, a nearly unheard of slew of polygraph testing has been conducted against CIA employees and on-ground assets with information regarding the attack, which resulted in the death of four Americans, including Ambassador Christopher Stevens.

Typically, the agency will only conduct one test over three or four years. Right now they’re subjecting these people to the tests one or twice a month. This rate of polygraph testing is rare, to say the least.

CNN’s source claims that this is a trend of intimidation that the agency is carrying out. In an exclusive communications in the CNN report, one insider writes, “You don’t jeopardize yourself, you jeopardize your family as well.” Another says, “You have no idea the amount of pressure being brought to bear on anyone with knowledge of this operation.”

A new source told CNN that there were “dozens of people working for the CIA […] on the ground that night, and that the agency is going to great lengths to make sure whatever it was doing, remains a secret.”

The source said that the number of assets was 35, and as many as seven were wounded. Some of those were injured seriously. Although the source did not specify how many of them were CIA, he or she did say that 21 American were working in a building called the “annex,” which is believed to be run by the CIA. 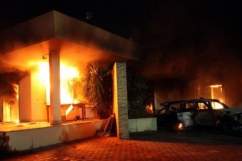 This lack of transparency has begun to concern members of Congress. This list includes Frank Wolf, whose distract includes Langley, Virginia, which houses the CIA headquarters. He has gone as far as alleging the government is involved in a “cover-up.”

“I think it is a form of a cover-up, and I think it’s an attempt to push it under the rug, and I think the American people are feeling the same way. We should have the people who were on the scene come in, testify under oath, do it publicly, and lay it out. And there really isn’t any national security issue involved with regards to that.”

Wolf attempted to contact people were had close ties with people who had information about the event and wanted to talk. Then they stopped taking his calls.

“Initially they were not afraid to come forward. They wanted the opportunity, and they wanted to be subpoenaed, because if you’re subpoenaed, it sort of protects you, you’re forced to come before Congress. Now that’s all changed.”

Other reports of cover-ups and conspiracy theories have been emerging since the event last September. In May, Dick Cheney said that Obama is involved in a Benghazi cover-up. Also in May, Slate reported a “smoking gun” indicating a systemic administration cover-up. Some outlets have even claimed and presented evidence that Ambassador Stevens died in the attack “because Secretary of State Hillary Clinton ordered him there,” supposedly on purpose with prior knowledge of the attack.

Loading more stories
wpDiscuz
0
0
Would love your thoughts, please comment.x
()
x
| Reply
The CIA was smuggling weapons from Libya to the Syrian rebels during the 2012 attack on the US embassy in Benghazi, resulting in the death of four Americans.