Documents obtained by Reuters have revealed that the US Drug Enforcement Administration has a secretive unit assigned to conducting unconstitutional surveillance techniques and transmitting the information to agencies across the country to aid in criminal investigations.

The documents show that these federal agents are trained to “re-create” investigations to cover up where the information originated. According to the documents, marked “Law Enforcement Sensitive,” the unit’s actions have been on-going since 1994.

According to the Reuters report, this information is often kept from defense lawyers, and even sometimes from the prosecution or presiding judge. This has been received by experts as being a clear violation of a defendant’s Constitutional right to a fair trial. This has the potential to be far more damming than the NSA snooping scandal.

“You can’t game the system,” former federal prosecutor Henry E. Hockeimer Jr. told Reuters. “You can’t create this subterfuge. These are drug crimes, not national security cases. If you don’t draw the line here, where do you draw it?”

“It is one thing to create special rules for national security,” said Nancy Gertner, a Harvard Law School professor who served as a federal judge from 1994 to 2011. “Ordinary crime is entirely different. It sounds like they are phonying up investigations.”

And that’s exactly what it appears the documents are outlining.

The leaked document reminds the intended reader that “the utilization of SOD cannot be revealed or discussed in any investigative function,” and specifically instructs agents to omit the unit’s involvement in investigations.

The unit, referred to as the Special Operations Division (SOD), is built with agents from two dozen partner agencies, including FBI, CIA, NSA, Internal Revenue Service and the Department of Homeland Security. SOD, which has grown from several dozen employees to several hundred, was originally purposed to fight Latin American drug cartels, according to the Reuters report. It’s hard to say what SOD is working towards now, as much of their documents are classified. The unit itself isn’t technically a secret, as it appears in DEA in budget documents, but its operations seem to be veiled. Charges against defendants have even been dropped at times to avoid risking exposure of SOD’s involvement in the investigation. 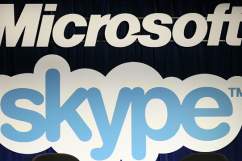 An unnamed former federal agent described the process of working with SOD.

“You’d be told only, ‘Be at a certain truck stop at a certain time and look for a certain vehicle.’ And so we’d alert the state police to find an excuse to stop that vehicle, and then have a drug dog search it.”

The arresting agents then claim that traffic stop as the incitement for their investigation. The document calls this process “parallel construction.” A anonymous senior DEA official told Reuters that this is a “bedrock concept” for their law enforcement techniques.

Reuters spoke with a current federal prosecutor who discovered that his case was not based on a tip, but from information obtained through SOD and NSA surveillance techniques after being misled by an agent.

“I was pissed,” he said. “Lying about where the information came from is a bad start if you’re trying to comply with the law because it can lead to all kinds of problems with discovery and candor to the court.”