Stephen Dick, the owner of the Albany, New York, strip club called Nite Moves, is taking his case against the taxation of lap dances to the U.S. Supreme Court. Dick has hired Robert Corn-Revere, the famous free speech lawyer who represented NBC after the Janet Jackson Superbowl nip-slip crisis in 2004, to represent his business in court.

In 2012, the New York Supreme Court ruled that the lap dances at Nite Moves were not “dramatic or musical arts performances,” according to the NY Times. The ruling prevented the club from qualifying for a tax-exemption that ballet companies and Broadway producers are allowed to claim.

This issue surfaced in 2005 after a Department of Taxation and Finance audit of the club concluded that the business owed a tax on cover charges and “performance fees.” Those performance fees extend to lap dances. The audit determined Nite Moves owed $124,921, plus interest.

The petition submitted to the U.S. Supreme Court argues that this decision against the club is the unconstitutional practice of “content-based discrimination,” according to the Daily Gazette:

It is difficult to overstate the threat to free expression posed by the government’s misuse of power to levy taxes based on the content of speech or the identity of the speaker. The [Court of Appeals decision] disregards such concerns and embraces the notion that the government should be allowed to impose higher taxes, or selectively give tax breaks, based on its estimation of the relative ‘value’ of the speech.

According to the Gazette, Dick and Corn-Revere submitted a DVD of pole dancing routines, video of two Nite Moves dancers performing, and a testimony from cultural anthropologist and dance expert Judith Lynne Hanna from the University of Maryland, who argued the performances incorporated “jazz-like, improvisatory movements in routines,” among other things, as evidence in the trial. The administrative law judge sided with Nite Moves, but the decision was eventually overruled by an appeal by the state in a 4-3 decision in October 2012, citing a lack of evidence and that they don’t promote culture. Now, with the ruling moving onto the Supreme Court, it will be interesting to see whether the high court is “stuffy enough” to rule against the exotic dancing. 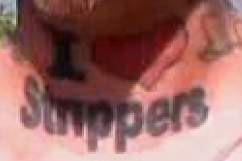