One of American literature’s most celebrated writers Elmore Leonard passed away of a stroke early on August 20, according to his Facebook page.

Leonard had the rare distinction of being loved in literary circles in addition to having his working embraced by Hollywood. He will be sorely missed. A workaholic, Leonard had been working on a new novel at the time of his passing according to The Daily News.

1. He Never Recovered From the Stroke He Suffered on June 29

ELMORE LEONARD HAS DIED: Wrote ”Get Shorty” “3:10 to Yuma” “Be Cool” *Complications from stroke pic.twitter.com/rAc10EVvyq

Leonard was recovering from a stroke he suffered on June 29. He was living in his home in Oakland County, Michigan when he passed away. His son, Chris, had posted on his Facebook that his father was not making a recovery and that he was heading to Michigan to say goodbye to his father.

His home in the affluent Detroit neighborhood of Bloomfield Village meant that most of his neighbors were made up of the city’s professional athletes.

2. His Work Was Adapted by Directors Such as Steven Soderbergh and Quentin Tarantino

Leonard will be remembered for his works: Get Shorty, Out of Sight, Hombre, Mr. Majestyk and Rum Punch, Rum Punch was made into a movie as Jackie Brown, made by Quentin Tarantino.

On his IMDB filmography, Leonard is listed as writer on 43 titles: 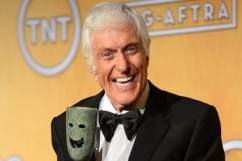 Much of his early work in the 1950s were westerns, two, The Tall T and 3:10 to Yuma, were made into movies. He began to branch into writing crime and thriller novels in the 1970s.

He began working as a copy-writer at Campbell-Ewald Advertising Agency in 1951 while writing on the side.

5. Leonard Was Most Influenced by Hemingway

He cited his most important influence as Ernest Hemingway. But still criticized his idol of his “lack of humor.” Leonard has also told of the influence the escapades of Bonnie and Clyde had on him during his formative years growing up in Detroit.

6. His Work Has Also Been Adapted for T.V.

In the 1990s Leonard branched into TV with his novel Maximum Bob becoming a short-lived series starring Jeff Bridges’ brother Beau. As well as the TV show Karen Sisco starring Carla Cuigno which was based on the Jennifer Lopez character from the movie Out of Sight, which he wrote. Finally in 2010, the FX series Justified was based around another Leonard character U.S. Marshall Raylan Givens.

7. He Was a World War II Veteran

At age 17 he attempted to join the Marines in 1943 but was rejected because of his vision. He was eventually drafted into the Seabees, a construction battalion in the U.S. Navy. He served in the Philippines.

8. He Was Married Three Times

9. His Latest Movie Adaptation Will Be Released in September 2013

The adaptation of Leonard’s 1978 novel The Switch — titled Life of Crime — is set to premiere September 14 at the Toronto International Film Festival. It stars Mos Def, Jennifer Aniston and Tim Robbins. A synopsis of the movie reads:

Their get rich quick scam for collecting a large ransom is thwarted when they are informed that Tim Robbins’ character is in love with his young mistress, played by Isla Fisher (The Great Gatsby, Wedding Crashers), and doesn’t care if he gets his wife back. In fact, it would make things better for him if he didn’t get her back. 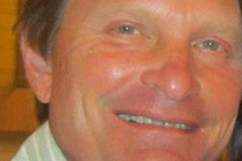 In 2001, The New York Times published his ten rules of a writing. One of his tips was: “I try to leave out the part that people tend to skip.”

1. Never open a book with weather.

3. Never use a verb other than “said” to carry dialogue.

5. Keep your exclamation points under control.

6. Never use the words “suddenly” or “all hell broke loose.”

10. Try to leave out the part that readers tend to skip.