An internal review of the FBI’s handling of information relating to Tamerlan Tsarnaev is reported to have concluded that there is nothing more that the agency could have done to prevent the Boston Marathon Bombing, reports The New York Times.

According to The New York Times’ article:

The agents who conducted the investigation and ultimately told the Russians that there was no evidence that Mr. Tsarnaev had become radicalized were constrained from conducting a more extensive investigation because of federal laws and Justice Department protocols. Agents cannot use surveillance tools like wiretapping for the type of investigation they were conducting.

It goes on to state that Tamerlan Tsarnaev was not investigated upon his return from Russia in 2012 because they had no new evidence to suggest he had become radicalized. 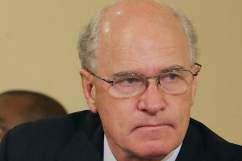 Yesterday, Rep. Bill Keating of Massachusetts, who counts Boston AS one of his districts, wrote a letter to the new Director of the FBI James Comey, looking for answers from the bureau. Keating was particularly interested in the agency’s response to Russia’s requests that the FBI investigate Tamerlan Tsarnaev’s possible radicalization. The congressman also made reference to possible legislation that hampered the feds investigation into Tsarnaev. 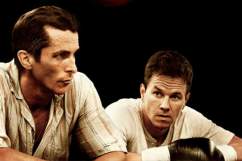 Loading more stories
wpDiscuz
0
0
Would love your thoughts, please comment.x
()
x
| Reply
The FBI did nothing wrong, according to the FBI.