Gov. Chris Christie has come out in favor of giving parents the option to treat their chronically ill children with medical marijuana. The proposed bill simplifies the process of obtaining the drug. However, he is going to conditionally veto the current bill making its way through the state legislature, according to NJ.com.

Christie said in a statement:

Today, I am making commonsense recommendations to this legislation to ensure sick children receive the treatment their parents prefer, while maintaining appropriate safeguards. I am calling on the Legislature to reconvene quickly and address these issues so that children in need can get the treatment they need. As I have repeatedly noted, I believe that parents, and not government regulators, are best suited to decide how to care for their children. Protection of our children remains my utmost concern, and my heart goes out to those children and their families who are suffering with serious illnesses. 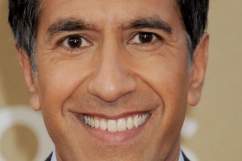 Here is the reprint document released by the NJ legislature:

As reported by CNN, the proposed law, bill S2842, would simplify the process for getting the medication. The current process requires the user obtain three letters of support, one from a physician, from a pediatrician, and a psychiatrist. The proposed bill would condense this process into a single letter.

This bill was pushed through the NJ government due to the lobbying of a father of an epileptic daughter. He says that marijuana stops his child’s severe seizures.

The proposed bill also allows dispensaries to grow more than three strains of the plant, as well as produce indigestible forms of the drug.

Christie is now looking for the NJ legislature to refine the bill to where he feels comfortable signing and implementing it. 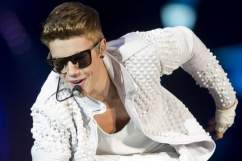 Loading more stories
wpDiscuz
0
0
Would love your thoughts, please comment.x
()
x
| Reply
Gov. Chris Christie has come out in favor of giving parents the a simplified option to treat their chronically ill children with medical marijuana.