Jason Simione, the 39-year-old owner and founder of Bulldog Tactical Equipment, has been arrested for allegedly attempting to hire a hit man to rape and kill his wife, her family, and his young son in Dania Beach, Florida. Simione also stockpiled arms and munitions at his Florida home and set up “kill zones” in case his residence was invaded.

Here’s what you should know about the man, his alleged motives and the bizarre circumstances of the case.

1. Simione Is Accused of Trying to Hire a Salvadoran Hitman

A Salvadoran employee of Simione’s went to police after the Bulldog Tactical Equipment founder solicited him multiple times to introduce him to violent gang assassins from the MS-13 gang from his home country, according to The Daily Mail and Sun-Sentinel. Simione was looking to pay an assassin $150,000 to murder and rape his wife, her brother and her mother.

His wife, Megumi Simione, told Simione she wanted a divorce and to moved out. Simione also told the employee that if he did not win custody of his child, he also wanted the assassin to kill infant.

Jason Simione was arrested Monday night and is held on $5 million bail, according to Guardianlv.com. 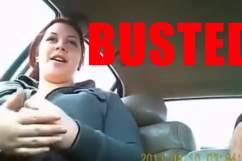 2. Simione Started Behaving Weirdly After He Developed an Abusive Dependence on Steroids

Megumi Simione told police that her soon-to-be ex-husband had begun abusing steroids after she asked for a divorce. She said he had been “displayed paranoid behavior,” including “violent outbursts,” according to NY Daily News. The investigation into Jason began last week when he slammed their infant child onto a table in a fit of rage, causing a bruise and cut on their son’s face.

Additionally, according to his employees, Simione often ranted about his distaste for the government, going on paranoid talks about how “The President of the United States should be murdered because he’s a ‘n—-r’.”

Police also called Simione a ‘survivalist,’ or a person who stockpiles supplies for the end of the world.

3. Jason Simione Was Preparing For The End of Civilization

After his arrest, police executed a search on Simione’s Dania Beach, Florida home. Inside, authorities found 68 rifles, shotguns and handguns, a massive .50-caliber sniper rifle, and up to 70,000 rounds of ammunition. Additionally, his bedroom was outfitted with an armoured ‘kill room‘ incase his home was invaded. The stockpiling of weapons and material is related to Simione’s ‘survivalist’ leanings.

The attorney for Bulldog Equipment told the Miami Herald that all of the weapons and ammunition found at the residents were bought and obtained legally. 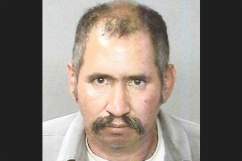 4. Simione Was Planning to Blow Up A Pipe Bomb To “F—- Everyone Up”

Simione’s wife with his .50 caliber sniper rifle, which is designed to disable vehicles. (Facebook)

Authorities also found bomb-making materials at Simione’s home and business. According to Simione’s wife and El Salvadoran employee, he was planning to build pipe bombs. He also allegedly told the employee, “When this [bomb] is done and this explodes, it will f— everyone up.”

Jason Simione is the owner and founder of Bulldog Equipment, which designs and manufactures custom canvas slings, bandoliers and other accessories for holding weapons and ammunition to the military and law enforcement agencies.

Simione does not have a background in the military, but he was a firefighter in his hometown of Hollywood, Florida for several years.

Read More
5 Fast Facts, Florida
Jason Simione, founder of Bulldog Tactical Equipment, has been accused of attempting to hire a hit man to kill and rape his wife and murder his young son. Police found dozens of weapons, 70,000 rounds of ammunition, and bomb-making material at this Florida home.