Jennifer Martel, 27, was stabbed to death in her Waltham, Massachusetts home on Aug. 15, 2013, and her ex-boyfriend Jared Remy, son to Red Sox broadcaster Jerry Remy, has plead guilty to first-degree murder. Remy originally pleaded not guilty after being charged with Martel’s death, according to CBS Boston.

Around 9 p.m. on the night of Aug. 15, 2013 police were called, and the officers who arrived found Martel bleeding on the patio in the back of their apartment at the Windsor Village apartment complex at 1203 Stearns Hill Road. There were reportedly multiple stab wounds on her head, hands, and legs. 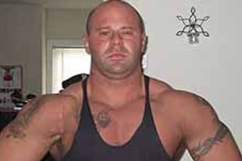 Here’s what you need to know about Martel:

1. Jennifer Martel Grew Up in Fall River and Was Studying to Be a Teacher

RIP to Jennifer Martel, my neighbor’s niece. You didnt deserve to be murdered that way, you had a good future ahead of you

Martel had a life before her death, growing up in Fall River, Dartmouth, and Taunton. She had one brother and graduated from Taunton High School in 2004. She was loved by her neighbors, owned two pitbulls, and was admired by co-workers. As she was studying to become a teacher, she worked at a Market Basket to pay her bills.

R.I.P. Jennifer Martel <3 you were such an amazing person and I’m so glad I got to work and know you . I love you . Rest in Paradise <3

Below find a photo of Martel’s former residence.

“I think about her every single minute of the day.” Patty Martel said of daughter Jennifer. http://t.co/74msIZk7yT pic.twitter.com/bI4W85me2h

In an interview with The Boston Globe, Jennifer Martel’s parents, Brian and Patty Martel, said they didn’t recognize their daughter was in an abusive relationship as the family wasn’t familiar with the signs of domestic violence. The Boston Globe reports:

“We don’t come from violence. We didn’t recognize domestic violence. We just thought he was a jerk,” Brian Martel said. Looking back, he said, “we can see the pattern.”

3. Friends Received Frightened Messages From Martel in the Days Leading Up to Her Murder

As reported by the Herald News, friends had received frightened messages online for several days leading up to Jennifer’s death.

In the past few days, Jennifer Martel sent out emails to friends to say she was scared, her uncle said, adding that she changed her Facebook status on Thursday from “in a relationship” to “it’s complicated.”

In addition to this, some are saying that there were witnesses who actually saw Remy stabbing Martel.

4. The Victim’s Daughter Was Home at the Time of the Killing

Jared Remy allegedly killed his gf, Jennifer Martel in front of their young daughter 2 days after he was arrested for battery. @990WBOB #187

Similar to the case of Jennifer Alfonso, Martel’s daughter was home when the murder took place, but was also unharmed. 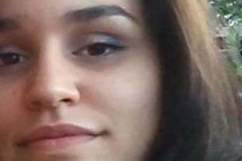 Authorities found Martel’s daughter at the scene, and she was taken to Newton-Wellesley Hospital as a precaution.

This morning, inside the patio at the unit at 1203 Stearns Hill Road, was a large bloodstain next to a small, pink plastic tricycle.

Members of the Martel family were awarded custody of Jennifer Martel’s daughgter in March after spending seven months in state custody. The agreement allows her grandparents, Boston Red Sox broadcaster Jerry Remy and his wife Phoebe, visitation rights. According to The Boston Globe, the Martel family declined to reveal which members of the family would be looking after Jennifer Martel’s daughter.