A distraught new father killed himself in his wife’s private hospital room at the Willowbrook Methodist Hospital in northwest Houston on Sunday. The unnamed man took his own life three and a half hours after his wife gave birth, according to the NY Daily News.

The 32-year-old was described as being “distraught recently” by family members, according to Houston police spokesman John Cannon.

His wife was not injured, according to the Chicago Tribune. Their newborn was not in the room at the time of the suicide.

According to Reuters, the man fatally shot himself. Texas law allows for concealed weapons licenses, but guns are prohibited in many places, including hospitals. 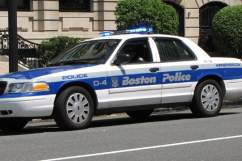 Read More
Guns, Parenting, Shooting, Suicide, Texas
A distraught new father killed himself in his wife's private hospital room 3 and a half hours after she gave birth in northwest Houston, Texas on Sunday.