A southern Illinios businessman repaid $150,000 of a court-ordered settlement with nearly four tons of quarters packed into dozens of bags, reports ABC 7 News.

Harrisburg resident Roger Herrin was ordered to repay $500,000 in insurance money following a 2001 car crash that killed his teenage son and after years of legal disputes about how the insurance money was distributed to the victims who survived. The businessman said he’s upset that the court ordered him to repay the money from a wrongful-death suit and was so frustrated with the decision that in “protest of the hearing” he forked up about a third of the cash in the form of dozens of 50-pound bags of quarters.

“It’s vehemently wrong in my view and nearly everybody else in the world,” Herrin told The Southern. “If and when someone loses a child, it leaves a hole in your heart that is never repairable.”

Herrin’s 15-year-old son was killed when a farm truck ran a stop sign and struck the Jeep Cherokee he was riding in. The crash also injured two of the boy’s friends and the driver, the mother of one of the friends. The boy’s family was awarded $1.65 million in a settlement of a wrongful-death lawsuit with two insurance companies representing the truck driver. A trial court also awarded the Herrins $500,000 for underinsured motorists for all passengers. However, in 2012, the state 5th District Appellate Court ruled that the trial court had made a mistake in awarding the Herrins the additional money and ordered that it be redistributed to the injured passengers.

Herrin said he paid the settlement in quarters because pennies wasn’t feasible.

The coins were unloaded from an armored truck on Wednesday and delivered to a Marion law firm. Herrin said that the lawyers were “not happy.” 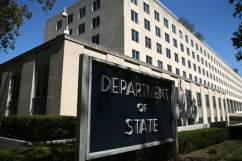