A 70-year-old Australian man came into the emergency room with a bleeding penis after “self-insertion of a fork into the urethra to achieve sexual gratification,” according to a scholarly article published in the International Journal of Surgery.

The metal fork was apparently hard to pull out, but success was finally “achieved via forceps traction and copious lubrication.” The emphasis on “copious” is my own.

Although doctors cannot fully comprehend why some people feel the urge to put things up their penis, it still happens fairly often. Even in the world of penis insertion, however, forks are particularly “rare.” According to the article, doctors are more accustomed to dealing with people putting these items up their urethra:

You can read the full article below, but WARNING, there are some incredibly graphic pictures toward the end, which include nudity. These are not for the weak of heart or stomach. 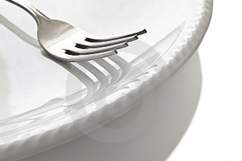 Read More
Breaking News, Penis, Weird News
wpDiscuz
0
0
Would love your thoughts, please comment.x
()
x
| Reply
According to doctors, a fork in the urethra is quite rare.