Tyler appeared at a press conference today alongside attorney Gloria Allred and US Marine Kathryn Raggazino.

Another woman has come forward to accuse embattled San Diego Mayor Bob Filner of sexual harassment. The woman, Michelle Tyler, a vocational nurse in San Diego, is saying that Filner harassed her when she came to him seeking help for her patient and friend, former US Marine Kathryn Raggazino, reports NBC Southern California.

According to Tyler, she went to Filner in June 2013, to seek his support in helping Kathryn Raggazino’s issues with Veteran’s Affairs. Raggazino is an Iraq veteran who received a brain injury in action and suffers from post-traumatic-stress-syndrome. These issues cause Raggazino to become homeless, the three announced at the press conference.

Tyler said she first met with Filner in 2011, when he was a congressmen, but two years later was still looking for help for Raggazino. Fighting back tears today, Raggazino said:

I don’t appreciate being used as a bargaining chip to fulfill his sexual desires, I hope that Mayor Filner will never have the opportunity or be in the position to do what he did to Michelle or to any other person again.

A protest sign was held up by Gloria Allred during the conference.

During the crowded press conference, Tyler awkwardly explained the nature of Filner’s advances, after meeting with the mayor, he asked Raggazino as well as other aides to leave the room:

It was extremely disturbing to me that he made it very clear that his expectation was that his help for Kathryn depended on my willingness to go to dinner with him, spend personal time with him and be seen in public with him.

I felt that his rubbing my arm and telling me help for Kathryn was contingent on my going out with him was extremely inappropriate and unacceptable,

I was not there looking for a date. 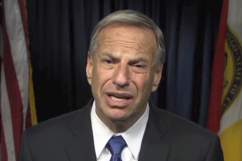 On July 23, Gloria Allred announced at a press conference alongside Mayor Filner’s former Communications Director, McCormack Jackson, that they had filed suit against the mayor. Jackson cited a prolonged instance of sexual harassment carried out by the mayor. Soon after, Mayor Filner announced that he would seek help at a two-week, intensive therapy clinic for his behavior. Allred said today that she didn’t believe two weeks was long enough to for Filner to correct is alleged wrongdoings.

Allred stressed that neither Tyler nor Raggazino would be filing suit against Filner, they have written a letter to San Diego’s City Attorney Jan Goldsmith, asking her to investigate Tyler’s claims. Both Tyler and Raggazino met with sheriff’s investigators at the attorney general’s office and were deposed, law-enforcement will judge whether to pursue the pair’s claims.

You can read Tyler and Raggazino’s statements here: 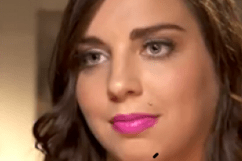 5. Tyler Rescued Raggazino From Living in her Car

Allred: #filner was Rubbing Michelle Tyler's arm and asked to go out to dinner and asked if she is married @CBS8 pic.twitter.com/38lO20J9cP

Due to Raggazino’s PTSD she finds herself unable to work. In 2009, she was injured in action in Iraq after an accident involving a Humvee that she was a passenger in. After spending 18 months spent recuperating in a San Diego VA hospital, Raggazino found herself with nowhere to go. Her former 1st Sgt in Iraq, Carl Tyler, learned of her troubles. He asked his wife, Michelle Tyler, a registered nurse to help out. She invited Raggazino to come and live with her and her husband, reports The Salt Lake Tribune.

Tyler got herself designated as Raggazino’s official caregiver by Veteran’s Affairs. In 2012, Tyler accompanied Raggazino on a ski-trip for disabled vets in Utah.

Read More
Breaking News, California, Politics, San Diego, Sex
Tyler is a nurse who is accusing Mayor Bob Filner of sexual harassing her while she was seeking his help.