Mick Deane, a cameraman for Sky News has been killed in Cairo, Egypt. Here are the 5 Fast Facts on his life as well as death. RIP Mick Deane.

1. Mick Deane Was Shot on the Job

Covering the violence in Cairo for Sky News, Mick Deane lost his life. Fortunately, no other Sky team members were hurt. According to the Huffington Post:

There were reports of at least one other journalist’s death as attempts to clear protest camps in the capital descended into violence.

Share this to show your support for Sky News and their loss!

According to Sky News itself, the head of the company, Jon Ryley, described Deane as:

the very best of cameramen, a brilliant journalist and an inspiring mentor to many at Sky.

The team’s foreign editor Tim Marshall spoke of Deane as:

a friend, brave as a lion but what a heart… what a human being … Micky was humorous in a dry way, he was wise and when you’re on the road with small teams, people like that are diamonds to be with … Our hearts go out to his family. He died doing what he’d done so brilliantly for decades.

In a tribute Marshall made of his friend Deane, he said there was not one negative thing you could say about Deane.

Rest in peace Mick Deane of Sky news. Always like a kick to the guts when I hear a fellow shooter has been killed.

3. Egypt Has Now Announced a State of Emergency

A state of emergency has been declared by the Egyptian president and will last for an entire month, beginning at 4pm local time. This occurs after Deane’s death and as security forces storm into Cairo protest camps.

Representative of the European Union for foreign affairs and security policy released a statement minutes before the state of emergency was called:

I am following with great concern the ongoing situation in Egypt. Confrontation and violence is not the way forward to resolve key political issues.

I deplore the loss of lives, injuries and destruction in Cairo and other places in Egypt.

I call on the security forces to exercise utmost restraint and on all Egyptian citizens to avoid further provocations and escalation.

The country’s democratic future will depend on a dialogue among all concerned aimed at overcoming differences in an inclusive process of political reconciliation, with a fully empowered civilian government and functioning democratic institutions….

All sides must take responsibility for the orderly conduct of
demonstrations and an end to incitement.

4. Deane Is a Veteran in the Field

Mick Deane had worked for Sky News for 15 years having been based in Washington and in Jerusalem. He’s dead at age 61, leaving behind a wife and two sons. Sky News released a statement on the death of their beloved long-time cameraman.

It is with the greatest regret that Sky News announces the death of Mick Deane, an experienced camera operator, while working on assignment in Cairo this morning.

Mick was part of a Sky News team reporting on the disturbances in the city with Middle East Correspondent Sam Kiley when he was shot and wounded. Despite receiving medical treatment for his injuries, he died shortly afterwards.

None of the other members of the Sky News team were injured in the incident.

Mick, aged 61, was a hugely experienced broadcast journalist. He had worked with Sky News as a camera operator for 15 years, most recently across the Middle East and previously in the United States. He was married with two sons.

Everyone at Sky News is shocked and saddened by Mick’s death. He was a talented and experienced journalist who had worked with Sky News for many years. The loss of a much-loved colleague will be deeply felt across Sky News. Our thoughts and prayers are with his wife and family. We will give them our full support at this extremely difficult time.

5. Cameramen and Journalists Are Pouring Out Sentiments Across Twitter

Stunned to hear Sky News cameraman Mick Deane has been shot dead in Cairo. We met in Jerusalem in June. Our thoughts are with his family.

If you're sad for the friends and family of Mick Deane, share it!

Aside from members of the media industry, high-ranking officials are upset about the death of Deane as well. In fact, Prime Minister David Cameran sent out a tweet to send his condolences.

I am saddened to hear of the death of cameraman Mick Deane, covering Egyptian violence. My thoughts are with his family and @SkyNews team. 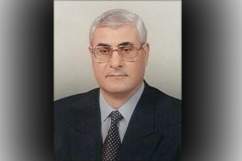 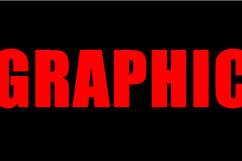 Read More
Deaths, Egypt, Twitter
Mick Deane, Sky News Cameraman has been shot and killed in Cairo, Egypt while covering the violence. The president has called a state of emergency. Read on.