Just before his scheduled vacation to Martha’s Vineyard with his family, President Barack Obama addressed the media regarding the public’s declining opinion of his administration. Among a myriad of topics, the President announced that he will be seeking to “increase transparency and restore public trust,” which has been on a steady decline since Edward Snowden leaked confidential documents relating to the NSA’s PRISM spying program. 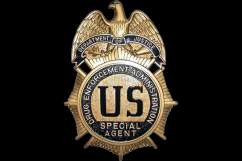 In the press conference, Pres. Obama announced has directed the NSA to make efforts in creating transparency in their activities.

He quickly addressed the widely discussed issue of chapters 215 and 702 of the patriot act, which allows for the PRISM program to exist. President Obama said he believes that they are important and “worth preserving.”

“This program is an important tool in our effort to disrupt terrorist plots.”

Obama: The NSA has no interest in spying on ordinary Americans. (Except for when they do) – http://t.co/I1cgktdpqU pic.twitter.com/TyI9EpFxNT

Pres. Obama did concede that the NSA surveillance programs does need “greater oversight [and] greater transparency.”

“We can and must be more transparent.”

“People have questions about this program, so as a consequence, it is important for us to answer these questions.”

Naturally, the conversation segwayed to the topic of Edward Snowden. When asked whether he considers Snowden a patriot, Pres. Obama snickered.

“No I don’t think Mr. Snowden was a patriot.”

“If in fact he believes what he did was right, like any US citizen, he can appear here in court with a lawyer and make his case.”

Obama moved onto mentioning his whistleblower reform, but failed to go into the fact that he has persecuted more whistleblowers than any other US president in history.

The President announced that he has assigned a special board to review and assess the activities of the NSA surveillance programs, in an effort to add oversight.

“There’s no doubt that Mr Snowden’s leaks triggered a much more rapid and passionate response than would have been the case if ” simply appointed this review board. [..] I actually think we would have gotten to the same place and we would have done so without putting our national security at risk.”

The US head of state was quick to remind the public that what we’re hearing about in the news is “the prospect” that these laws and programs could be abused. Part of the reason they aren’t, according to the President, is because of the checks and balances put in place to provide oversight for the programs.

Obama says he has confidence in a surveillance court that has rejected just .03 percent of gov't requests – http://t.co/eY4UDINItJ

Obama also looks to the future of technology to to provide the public with additional confidence if US laws lack in that area. This contradicts what we know about the US government asking internet services and hardware providers to install backdoors into their products that would allow for government snooping. 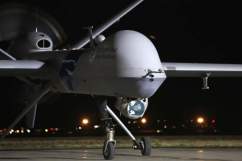 The conversation then moved onto foreign policy and the status of our conflicts overseas. On the topic of al-Qaeda, Pres. Obama was asked whether he has changed his opinion on the status of the al-Qaeda terrorist network. The president stiffly refused to have a discussion about operational issues,” specifically regarding the recent drone strikes in Yemen.

“They have the capacity to be destabilizing and destructive,” said Obama, explaining that the core of al-Qaeda, meaning the group that conducted the attacks on 9/11, is in shambles. He added that it is the ‘metastasized’ off-shoot groups, like Al-Qaeda in the Arabian Peninsula (AQAP), that are the current threat.

The media also asked what Pres. Obama was doing in response to the 2012 Benghazi attack. In response, Pres. Obama reminded on-lookers of the sealed indictment of Ahmed Khattalah, the accused leader of the Benghazi militia that attacked the consulate. “It’s sealed for a reason,” he added. 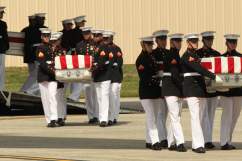 The questions transitioned onto the status of ‘Obamacare,’ and the President’s on-going battle with government members from across the isle.

“Millions of Americans, for the first time, will be able to get affordable health care.”

President Obama accused the Republican party of believing that “those 30 million people [without health care] will be better off without it. That’s their assertion. [..] It’s just become an ideological fixation. [..] They’re wrong about that.”

He continued by explained the benefits to people that have already been affected by Obamacare. The President shared his distaste with the Republican systemic opposition to all of his proposed legislation, including the debt ceiling.

“The idea that you would shut down the government unless you prevent 30 million people from getting health care is a bad idea.”

“they used to say they had a replacement. That never actually arrived. [..] They don’t have an agenda.”

“I have confidence that common sense, in the end, will prevail.”

Obama also encouraged his opposition to help pass immigration policy in America, citing reports that the American economy “would be 1 trillion dollars stronger” if they pass the reform. 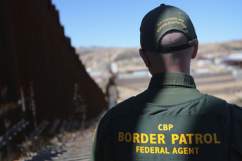 President Obama will be taking an eight day vacation to Martha’s Vineyard, where he plans to work on his golf game with friends and relax with his family.