Barbara Morgan, a campaign spokeswoman and communications director for Anthony Weiner’s NYC mayoral race, made headlines this week when she called former intern Olivia Nuzzi a “slutbag.” The controversy has directed more unwanted attention toward the Weiner campaign just after the revelations that he continued illicit online conversations well after a similar incident led to his resignation from congress in 2011.

Here is what you need to know about this outspoken former intern:

1. She Slammed the Weiner Campaign, They Slammed Back

In an article Nuzzi wrote for the New York Daily News, she asserts that many of the interns working for Anthony Weiner’s mayoral campaign were doing it to get into the good graces of Huma Abedin, Weiner’s wife.

Abedin is closely tied to Hillary Clinton and, according to Nuzzi, on an “inside track for a campaign position if she [Clinton] ran for president in 2016.”

Nuzzi went on to criticize both the candidate and his senior staff calling them, “inexperienced” and claiming that there were many “short résumés around the office.”

It is fairly clear by her mentioning of the renewed scandal that the article was prompted by the recent revelation that Weiner continued illicit relations with women online after a previous incident forced him to resign from congress in 2011. 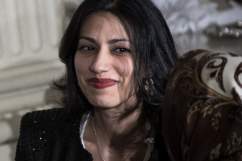 During an interview about an unrelated topic, Morgantold Talking Points Memo, made the now infamous statements about Nuzzi.

She also told TPM that Nuzzi would never again be able to work in New York City politics.

As to Barbara Morgan’s apology, of course I accept it.

2. She is a College Girl Who has Worked in Politics Before

Olivia Nuzzi is identified as a college student and a writer for the website and magazine nsfwcorp.

She claims that since high school she has worked on political campaigns in New Jersey.

According to Morgan, Nuzzi only worked with the Weiner campaign for around four weeks.

Since the controversy, Nuzzi has written several articles about the campaign for nsfwcorp where she is a writer.

The articles include stories about how Weiner called her “Monica” because he had a hard time remembering in the names of his 20 interns, and a story explaining how lies from Weiner led to the resignation of his campaign manager, Danny Kedem.

On her Twitter account on Wednesday, Morgan tweeted a picture of a swear jar filled with $100 bills with the caption, “Not my best day yesterday…” clearly showing a sense of humor about the name-calling scandal. You can see that tweet above.

Nuzzi has likewise reacted on Twitter, changing her accounts bio statement to include the vulgar names Morgan called her. You can see that below:

5. Everyone is Calling for Weiner to Drop Out

Weiner fell from first to fourth place in the polls for the New York City mayoral race after Sydney Leathers came forward to reveal that she had been involved in a sexual online tryst with the candidate.

A number of publications, including the New York Times, have called for Weiner to drop out of the race due to the resurgence of his scandal. The NYT editorial board wrote in an op-ed published on July 23:

At some point, the full story of Anthony Weiner and his sexual relationships and texting habits will finally be told. In the meantime, the serially evasive Mr. Weiner should take his marital troubles and personal compulsions out of the public eye, away from cameras, off the Web and out of the race for mayor of New York City.

Despite criticism, the Weiner campaign continues to limp toward November’s elections. 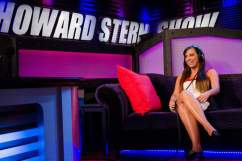 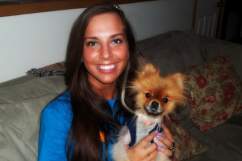