Thirty-five-year-old Sarah Beth Hopkins has been arrested in Salem, Oregon, on 20 counts of rape and sodomy. She is accused of having a multi-month relationship with a 11-year-old boy. The victim is now 12. Here are five fast facts about Sarah Hopkins.

1. Hopkins Was Arrested After the Boy Told His Parents

Salem police arrested Hopkins after the boy’s mother called police. With her growing suspicions about her son’s relationship with their former neighbor, she confronted Hopkins about the nature of their friendship, according to Oregon Live. The accused admitted to the sexual contact with the boy, saying it had been ongoing since February. The victim, according to KPTV, told police that the relationship had been happening for the past eight months.

Hopkins told the victim’s mother that they had sex in her apartment and occasionally in public places when they went on walks together. They reportedly had sex 15 times.

The mother and her son lived in the same apartment complex as Hopkins until about two weeks ago, according to KGW.com. The StatesmanJournal.com reports that Hopkins and the boy’s mother were close friends as well.

Upon questioning by the police, Hopkins admitted to the sexual activity, adding that she hadn’t threatened the victim or given him anything in return for sex. 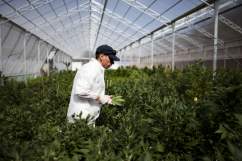 Hopkins’ public Facebook timeline is filled with shared memes from pages around Facebook, including “After thirteen you are a certified TEEN XD,” “Teens Photos,” and “Teen Facts :].” She is 35. Here are some examples:

3. Investigators Believe There Could Be More Victims

Hopkins was a neighbor of the boy in a apartment complex. Police are now investigating whether there are more victims.

“We’re kind of asking anyone with a male child who may have had contact with Mrs. Hopkins, befriended by her, lived near her or whatever, we’d like them to sit down with their son and talk. Make sure everything’s okay,” explained Don Thompson with the Marion County Sheriff’s Office, reported by KGW.com.

In an album titled “playing around,” Hopkins posted suggestive photos of herself in a low-cut top, interacting with stuffed animals and pompoms. 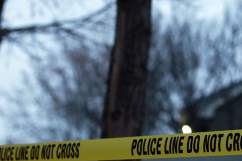 Although her Facebook profile does not show anything, we can see some basic information Hopkins has put onto her profile, including the fact that she’s a bi-sexual. She’s also a devout Christian, often posting religious memes.

Loading more stories
wpDiscuz
0
0
Would love your thoughts, please comment.x
()
x
| Reply
35-year-old Sarah Beth Hopkins has been arrested in Salem, Oregon on 20 counts of rape and sodomy. She is accused of having a multi-month relationship with a 11-year-old boy.