Former college basketball player Sarah Thomas may be the first female referee in the history of the NFL, reports ESPN.

Thomas, who lives near Jackson, Mississippi, was selected to be a participant of the NFL’s Officiating Development Program, and only the most advanced officials are considered finalists for the NFL when a position opens up. Thomas is among the advanced.

“I didn’t set out to break a glass ceiling or a gender barrier,” Thomas told Bloomberg in early July. “If you’re doing things because you love them, then things have a tendency to just kind of fall into place.”

Thomas began officiating in 1996 after accompanying her brother to a meeting of the Gulf Coast Football Officials Association. She was immediately intrigued by the team aspect of an officiating crew and by how little she knew about the rules of football. She began officiating for youth leagues at the age of 23 and eventually made her way up to the college level. After ten years and three children, Thomas decided to hang up the towel on football, but before she could do so, she caught the attention of Gerald Austin, an NFL official for more than 25 years who is now the coordinator of football officials for Conference USA.

“She made one tough call after another and nailed every one of them,” Austin said. “There was no reason not to hire her.”

Thomas is now one of 21 officials who are in the running to become an official for NFL when a position becomes available and many are hoping that Thomas will be that one. 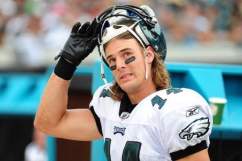 Loading more stories
wpDiscuz
0
0
Would love your thoughts, please comment.x
()
x
| Reply
Thomas is currently working with the New Orleans Saints as part of her training.