Workers in a motel in Brantford, Canada made a frightening discovery in an abandoned room on August 16, reports The Guardian. It’s believed that the room was last used by a couple who shared with their five children.

All of the 40 pythons were neatly packed in Tupperware cases. Canadian Society for the Protection of Animals are now rehousing the snakes. The animals were referred to as “distressed” by welfare officers.

The snakes were discovered 11 days after two boys, Connor and Noah Barthe, six and four, were killed by an African rock python while they slept in a home in Campbellton, New Brunswick, Canada. In that instance the snake escaped from its enclosure. 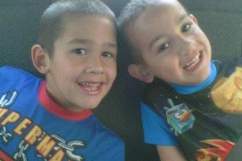 Loading more stories
wpDiscuz
0
0
Would love your thoughts, please comment.x
()
x
| Reply
Workers at a Canadian motel made a pretty scary discovery in an abandoned room.