A new study published in Science suggests that changes in climate are strongly linked to violence throughout the world, reports BBC News.

The study correlates a rise in assaults, rapes, murders, group conflicts and war with even the smallest change in temperature, and with the projected rate of climate change, the world is likely to become a much more violent place. The researchers looked at 60 studies from around the world spanning over hundreds of years and compared them with conflict.

“This is a relationship we observe across time and across all major continents around the world,” says Marshall Burke, from the University of California. “The relationship we find between these climate variables and conflict outcomes are often very large.”

For example, the researchers saw a rise in domestic violence in India during droughts and an increase in assaults, rapes and murders in the U.S. during heatwaves. The study also suggests that climate impacts larger conflicts such as ethnic clashes in Europe and civil wars in Africa.

“We want to be careful,” Burke says, “you don’t want to attribute any single event to climate in particular, but there are some really interesting results.”

The researches are also trying to figure out why this correlation exists. One explanation could be because climate often affects economic conditions. Another is that heat simply causes people to be more prone to aggression. The scientists are confident in their conclusions, but admit that more research needs to be carried out. 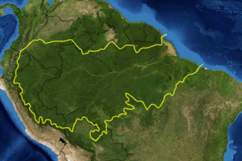