A shooting at a Walmart in Neenah, Wisconsin on Wednesday morning left one employee in critical condition and another behind bars. Here’s what you need to know.

Walmart employee Justine Boyd, 46, opened fire on another employee around 11:15 a.m. Wednesday in the liquor section of the store on W. Winneconne Ave in Neenah, reports WSAW News. No customers were in the section when the shooting happened and no one else was injured.

2. The Victim is in Critical Condition

The victim of the shooting, a 56-year-old woman who works in the liquor section of the store, is in critical condition after being reportedly shot in the torso. She was taken by ambulance to Theda Clark Medical Center. Her name has not been released.

“We’re still very concerned for the victim,” Police Chief Kevin Wilkinson said. “We’re obviously all hoping and praying for the best for her.”

3. Boyd is in Custody

Police recovered a handgun at the scene and took the shooter into custody. Boyd was booked into the Winnebago County Jail on a charge of attempted first-degree intentional homicide.

4. A Motive Has Not Been Determined

Wal-Mart shooting: Motive a mystery: Authorities have arrested a Wal-Mart employee after she allegedly shot a … http://t.co/c4SFDvrP5l

Wilkinson says authorities have not determined a motive for the shooting.

“At this point in time it’s too early to tell,” Lieutenant John Karner said. “However, it would appear as though we have, we have a very good handle on what took place.”

Police are still talking to witnesses, gathering evidence and looking over surveillance video.

5. Police Think the Women Knew Each Other

A Walmart spokeswoman said both of the women are cashiers and police believe they knew each other prior to the shooting. A news conference is scheduled for Thursday morning. 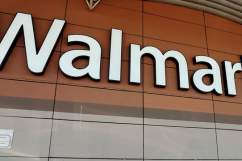 Walmart Shooting in Houston: 5 Fast Facts You Need to Know 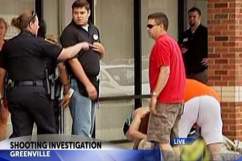 Read More
5 Fast Facts, Breaking News, Shooting, Walmart, Wisconsin
A shooting at a Walmart in Neenah, Wisconsin on Wednesday morning left one employee in critical condition and another behind bars. Here's what you need to know.