An al-Qaeda propaganda video has emerged online depicting children training with firearms. The 43-second clip shows the terrorist network training the next generation of extremists from a young age. The children are shown firing pistols, AK-47s, and even heavy machine guns.

According to the Daily Mail, children in the video are younger than 5 years old. The footage was allegedly taken at the north Waziristan al-Qaeda terror camp near the Pakistan-Afghanistan border. 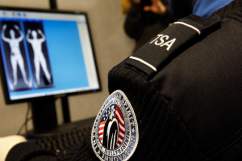