Ayvani Perez, 14, has been found alive and has been reunited with her family by police in Clayton County, Georgia, just hours after her kidnappers demanded $10,000 in exchange for her release, reports The Atlanta-Journal Constitution.

Perez was taken by armed intruders to her home in Ellenwood, Georgia, just south of Atlanta at around 2:15 a.m. on the morning of September 17. It’s alleged that when the would-be robbers found no valuables in the home they took the girl, in addition to shooting and killing her family’s dog. 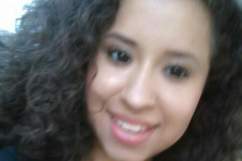 Perez is reported to have been found in Conyers, Georgia, approximately 25 miles from her home in Ellenwood.

Two suspects are in custody for the kidnapping:

But two other suspects are still at large, reports 11 Alive.

Read More
Amber Alert, Breaking News
Perez has been missing since the early hours of September 17.