When police Chief Mark Kessler of Gilberton, Pennsylvania posted the above video to Youtube, he probably did not expect it was get him fired. However, town officials voted 6-1 on Thursday to dismiss the police officer officially for “misuse of borough property,” for his use of the weapons in the video.

The video in question, which was posted July 15, 2013, contains Kessler calling John Kerry a “traitorous piece of sh*t,” and in which he says that all “libtards…take it in the ass,” quickly caused outrage and went viral.

Later that very day, Kessler posted a the fake apology video below:

The video, which at first appears to be a sincere apology, then turns into more vulgarity, insults, and the firing of many different seemingly fully-automatic weapons.

Your Friends Will Love This

The town counsel voted to relieve Chief Kessler, and on his website, Kessler posted the following response:

The real reason he was suspended was because elites in Washington D.C. demanded his JOB for videos depicting the Chief exercising his First & second amendment right! although the Videos are spicy the Chief violated no policy, broke no law, because the chief stood his ground and said no more, no more will he stand idle and watch as his country crumbles, for this the Chief was selectively persecuted by elected elites who only want to instill their will onto Americans despite what we the people say! so now Gilberton, officials sided with tyranny, abandoned the constitution & folded like a deck of cards. as of 8/30/2013 The Chief was suspended indefinitely by Gilberton council!

Kessler says he will appeal the vote, and if he wins, he will stay on till the end of his contract in 2015.

Gilberton, as of 2000, had only a little over 800 residents and, according to RT, Kessler is the only full-time police officer. 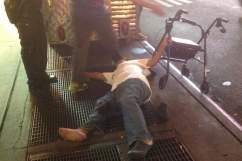 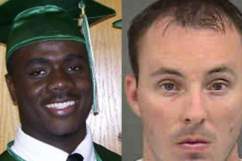